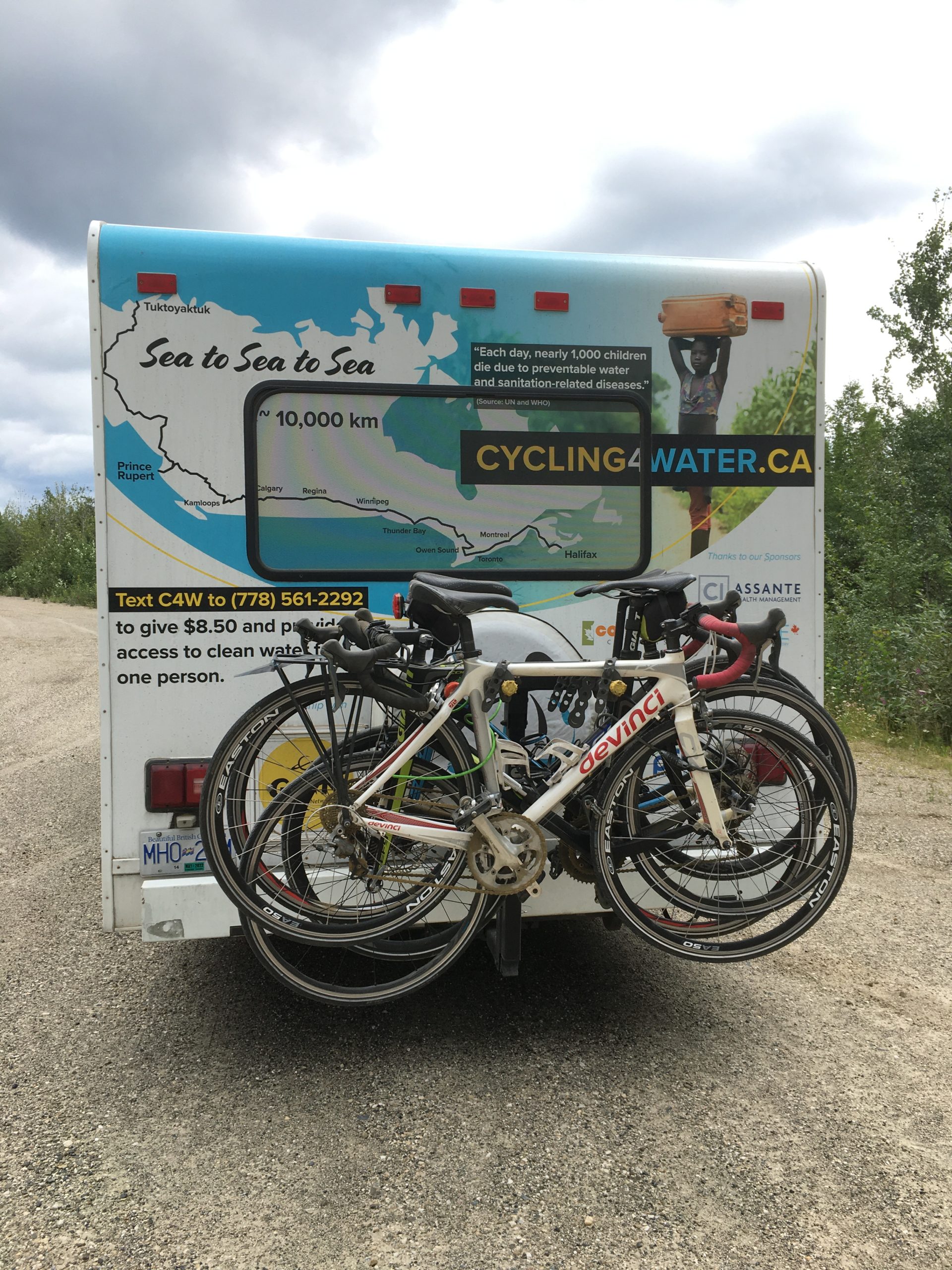 North out of Whitehorse took us through some beautiful country side on the Klondike Highway. This also took us over some significant areas of road construction. We arrived with very muddy bikes.

We thought we had escaped the wild fires but as you can see in this picture smoke was heavy in the air in Pelly Crossing area.

About 40 km outside Dawson City is the turn off for the Dempster Highway to the Arctic Ocean and Tuktoyaktuk. We had to stop and take a picture. It is disappointing that we are not allowed to enter the NWT now but maybe after we finish in Halifax in September.

It feels good to finally arrive in Dawson City, our starting point. It is the largest city in the northern Yukon with a population of about 1500. It has an average of 21 hours of sunshine in July.  The total population of the Yukon is just over 42,000.