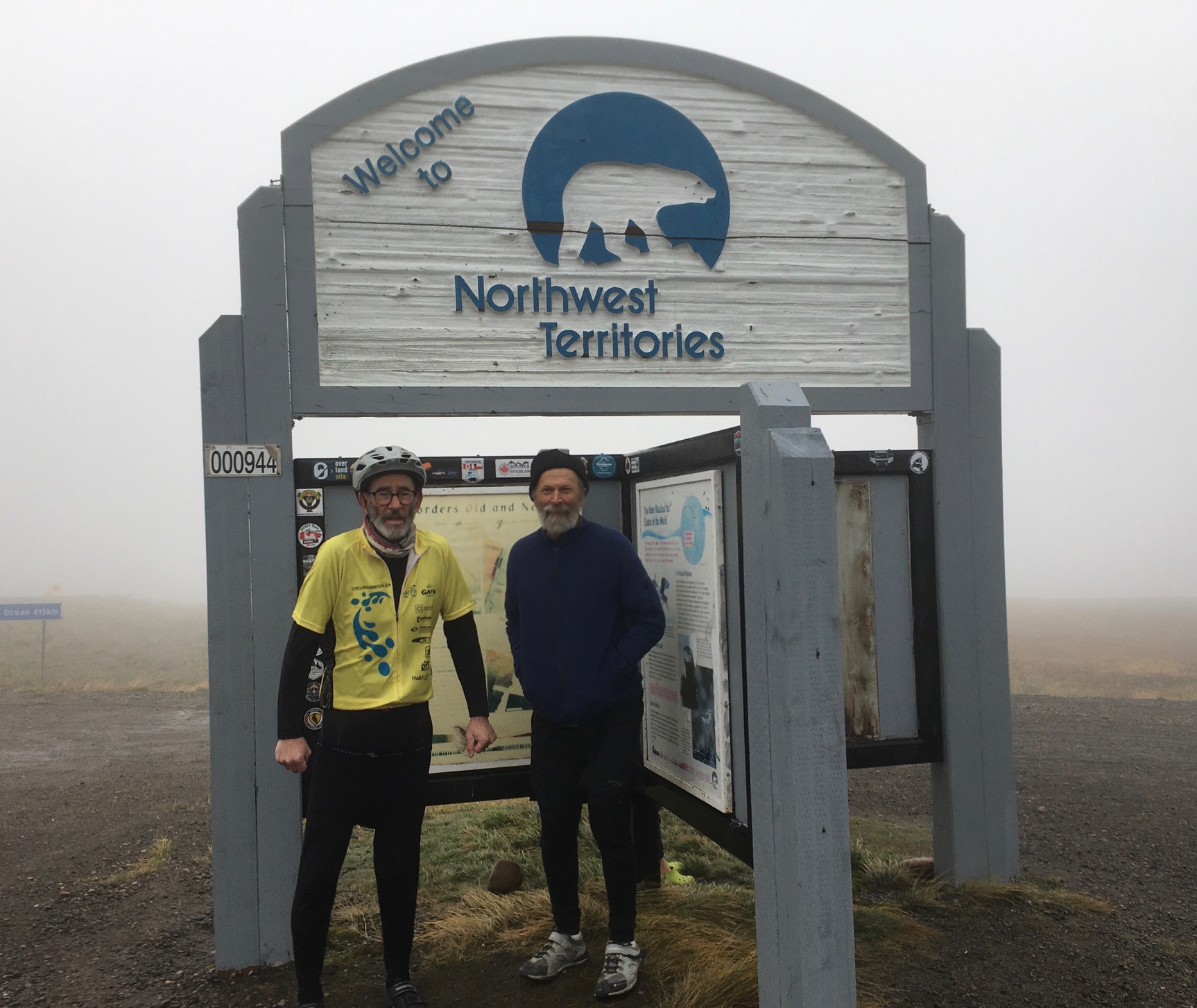 The alarm went off at 6 am. I heard Richard say, “I did not sleep very much and I don’t feel good.” Timo had a similar night’s sleep and was concerned because he was having some irregular heart beats!! Not a good start to our forth day of cycling.

We decided I would start cycling while Jacquie discussed the situation with Richard and Timo. I literally cycled into clouds to the border to NWT/White Pass. By the time I reached that point, visibility was bad and the wind was ragging. I was chilled to the bone.

I reconnected with the support vehicle at the pass. Turns out Richard tested positive for Covid. Because of concerns for the medical issues with Richard and Timo, we made the decision to drive from there to Inuvik. This decision means missing out of a 260 km section of the ride. Disappointing, but unavoidable.

Richard masked up and isolated in the bunk above the cab. No one else has any symptoms.

From the NWT border we descended through rolling hills toward Fort McPherson. As the fog cleared the views were high alpine and beautiful.  Fort McPherson is first community on the Dempster Highway and the oldest settlement on the Mackenzie Delta, established in 1840, now with a population of 800. Just before arriving in Fort McPherson we were back into black cedar bog and the road began to level out.

About 10 km out of town a cable ferry took us across the Peel River. The 58 Km drive to the next ferry at Tsiigehtchic was only slightly rolling with lakes scattered on both sides of the Dempster. The Mackenzie is an impressive river, in fact, the third largest in the Western Hemisphere behind the Amazon and the Mississippi.

The next 128 KM leg to Inuvik was a flat and straight drive with cedar on both sides of the road. Maybe the most unimpressive view of the whole trip but the read would have been a easy ride.

We arrive in Inuvik, a community of about 3,500 around 6 pm. A section of the Dempster was paved as we entered the city! The plan of tomorrow is that Timo will go the hospital in the morning. Richard was not feeling good at all with several of the classic symptoms of Covid, so his cycling for this trip is over. I will do the last leg of the ride alone unless Timo gets a green light from the doctor in the morning. What a day!