Today it rained almost the whole day but it was a welcome relief from the heat of the previous 2 days.  We finally left the province of Ontario behind.  We aren’t too sad to say good-bye to Hwy 17 though, which has been our constant companion over the last 14 days. There were many places with wide shoulders in northern Ontario. But east of Mattawa there were frequent rumble strips and no shoulders. It’s scary being in the same lane as traffic going by at 100 km/hr. 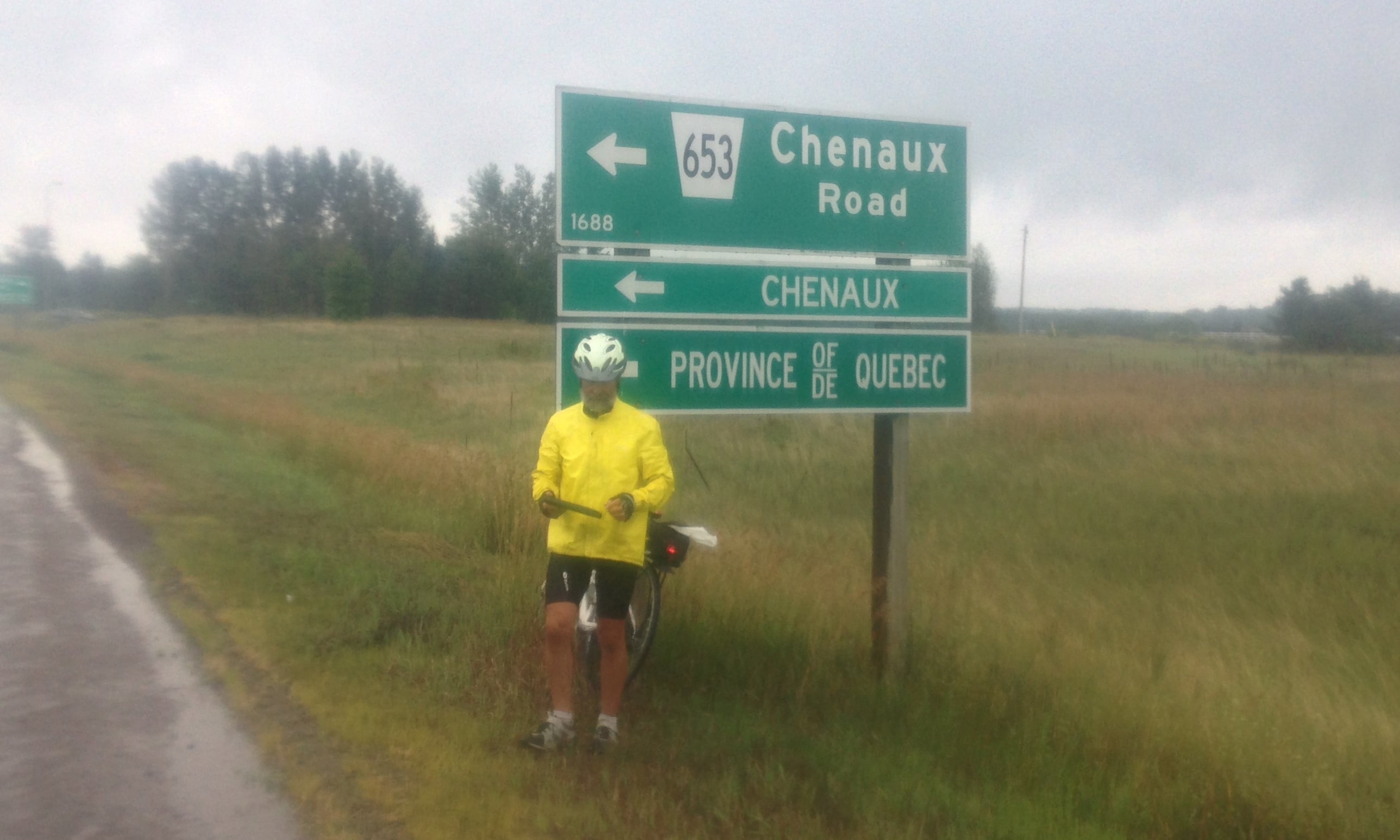 It is hard to believe that 2½ weeks ago I boarded a plane and flew over 2000 km to Winnipeg and now I am here having covered the distance by bike in 14 days of cycling. 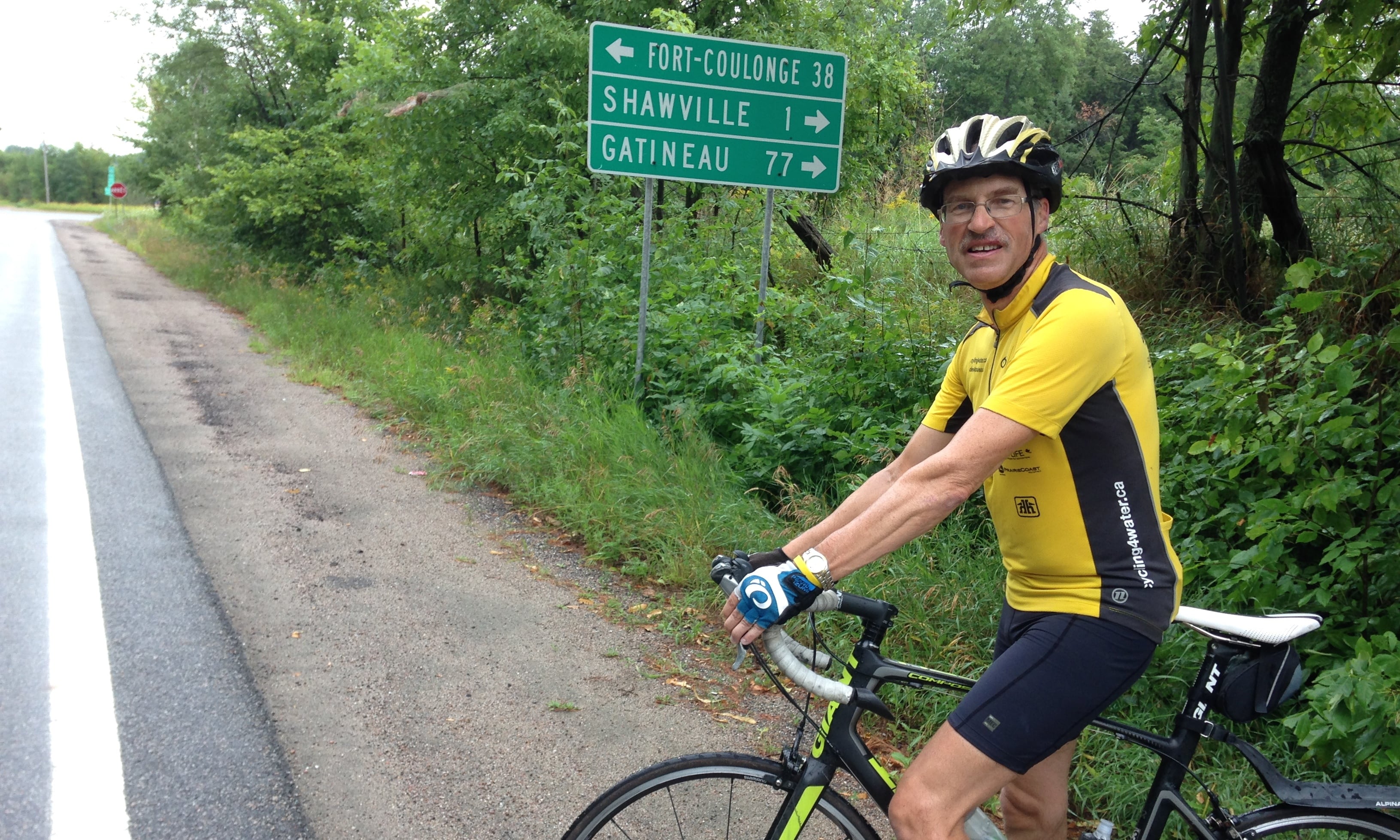 Alain was pleased to be back in his home province as well and took the first opportunity he had, in Shawville of eating poutine. 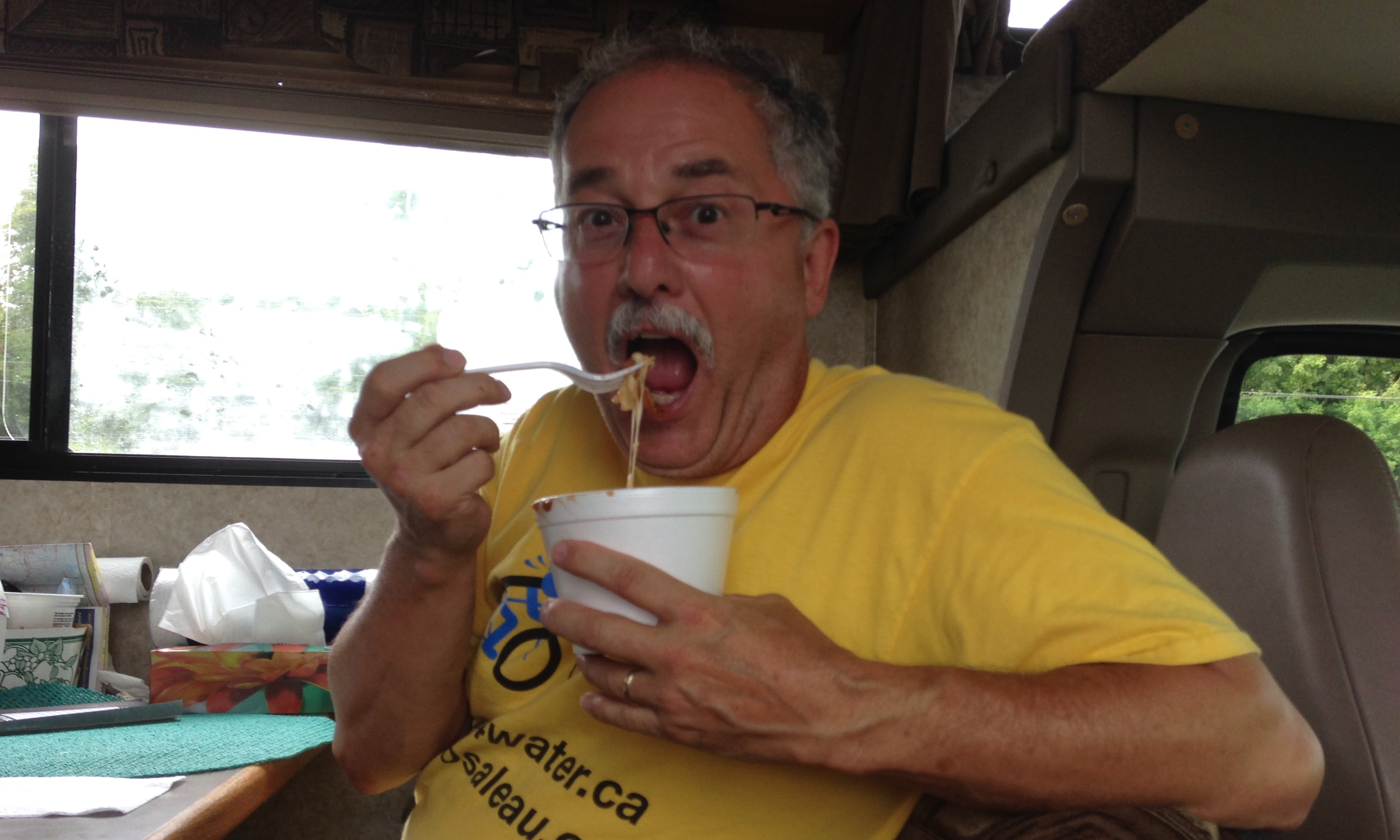 My cell phone ran out of power so I missed getting many shots of favorite spots with Timo, though he got some and will post a few on Facebook. I also forgot to take it with me to our meeting tonight at Église de Jésus Christ à Ottawa. Many thanks to Pastor Amé and his congregants who warmly received me and listened attentively. Many took donation cards to make a gift towards the wells.

Tonight I get to sleep in my own bed but the stay at home is short lived as we continue on to Deux Montagnes tomorrow to wind up in Quebec City on the 16th.