I anticipated a demanding day today, even though it would be 50 km shorter than the day before. There were multiple reasons. There was no tail wind. We would have many hills. Many times there were rumble strips instead of shoulders.  And the temperature hit 32° C without the humidex. I doused myself with water many times. In the end I counted 13 hills  which slowed us down below 15 km/hr. The first one was this 3 km climb from Mattawa. 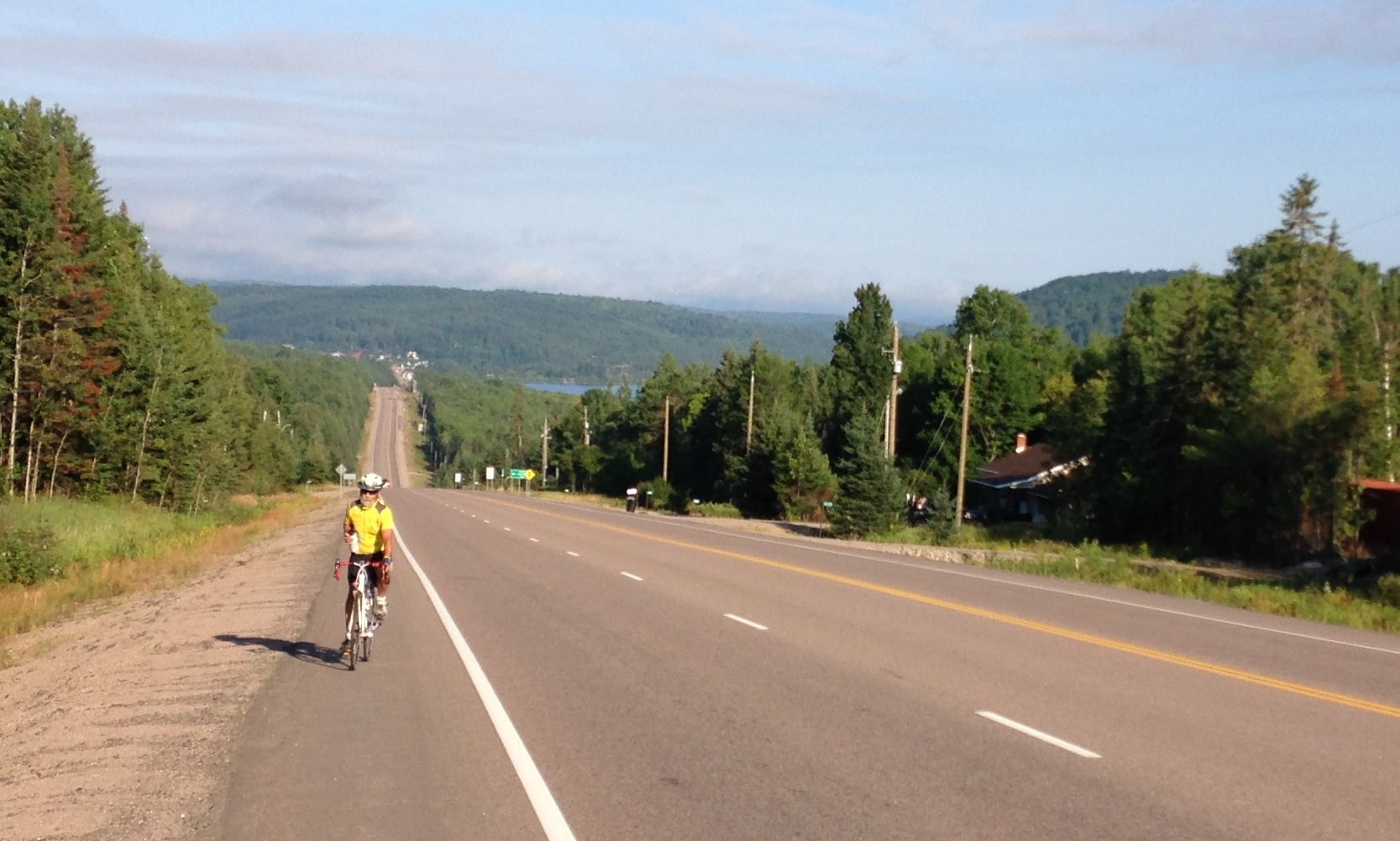 Here are two other views and a video of Timo racing down one of the hills. 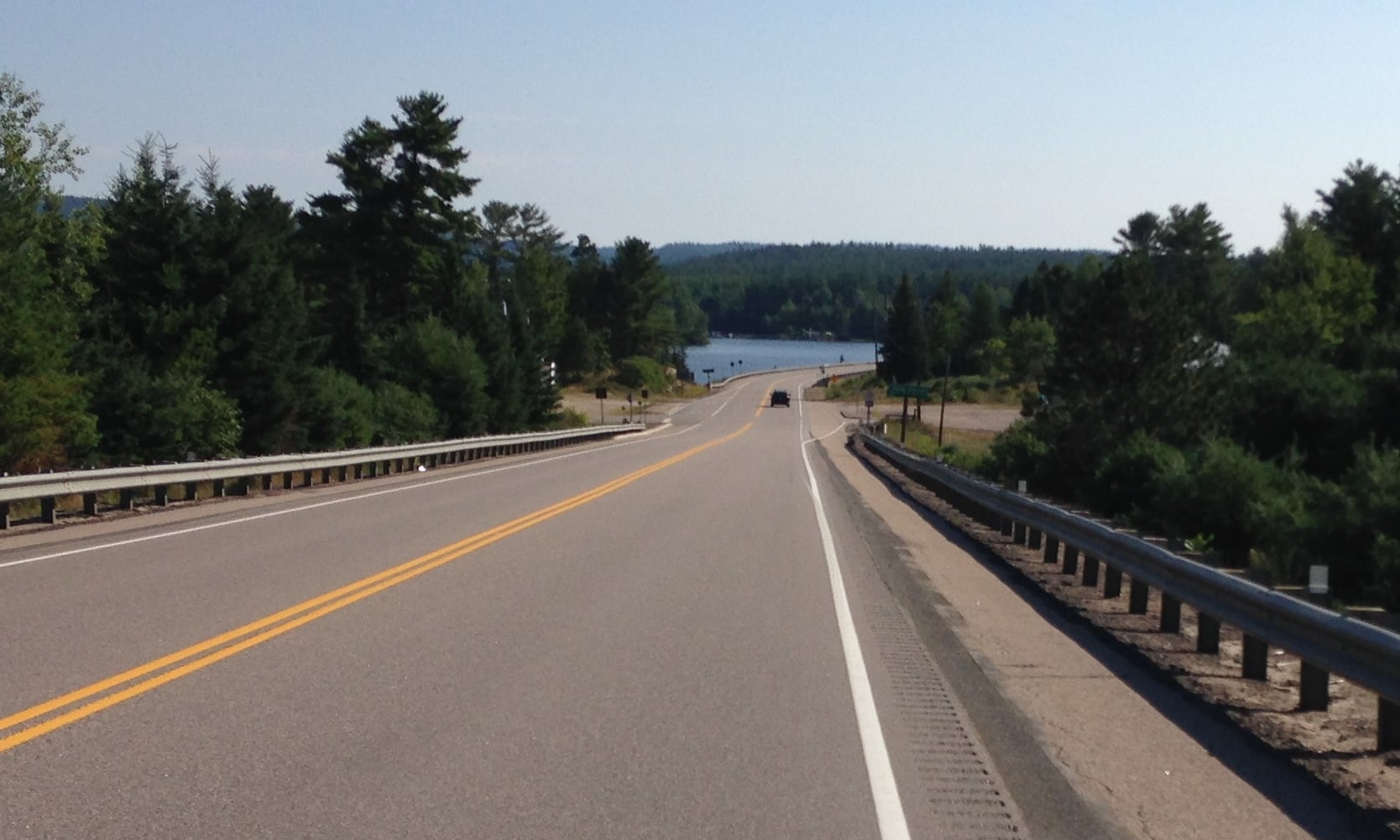 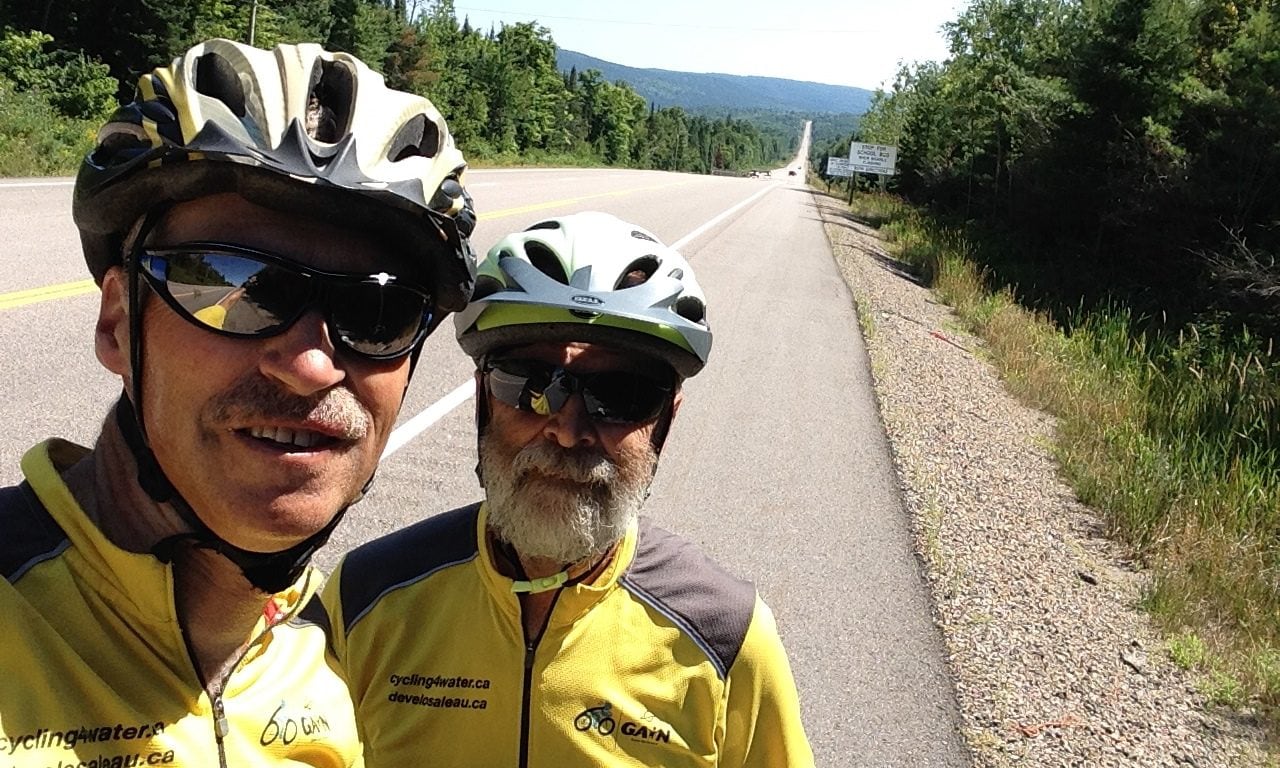 As usual it is the people we meet that make it more interesting. Dillon is walking across Canada from Halifax to Vancouver to raise money for mosquito nets for African children and families. It took him 60 days to reach this point, about 50 km east of Mattawa. 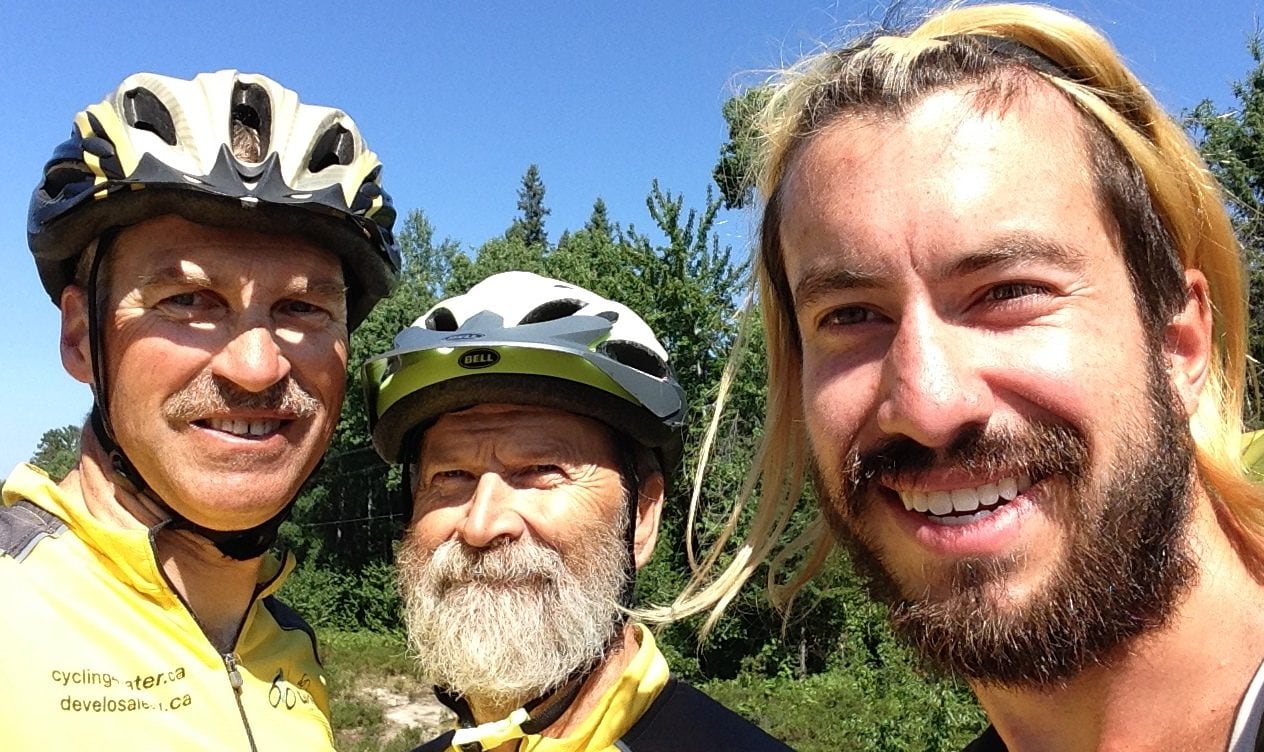 At our campground we met Jim who rode from Portland, Oregon to Portland, Maine in 2013 with 11 other people. He said it took them 60 days. He owns a bike store in Texas. 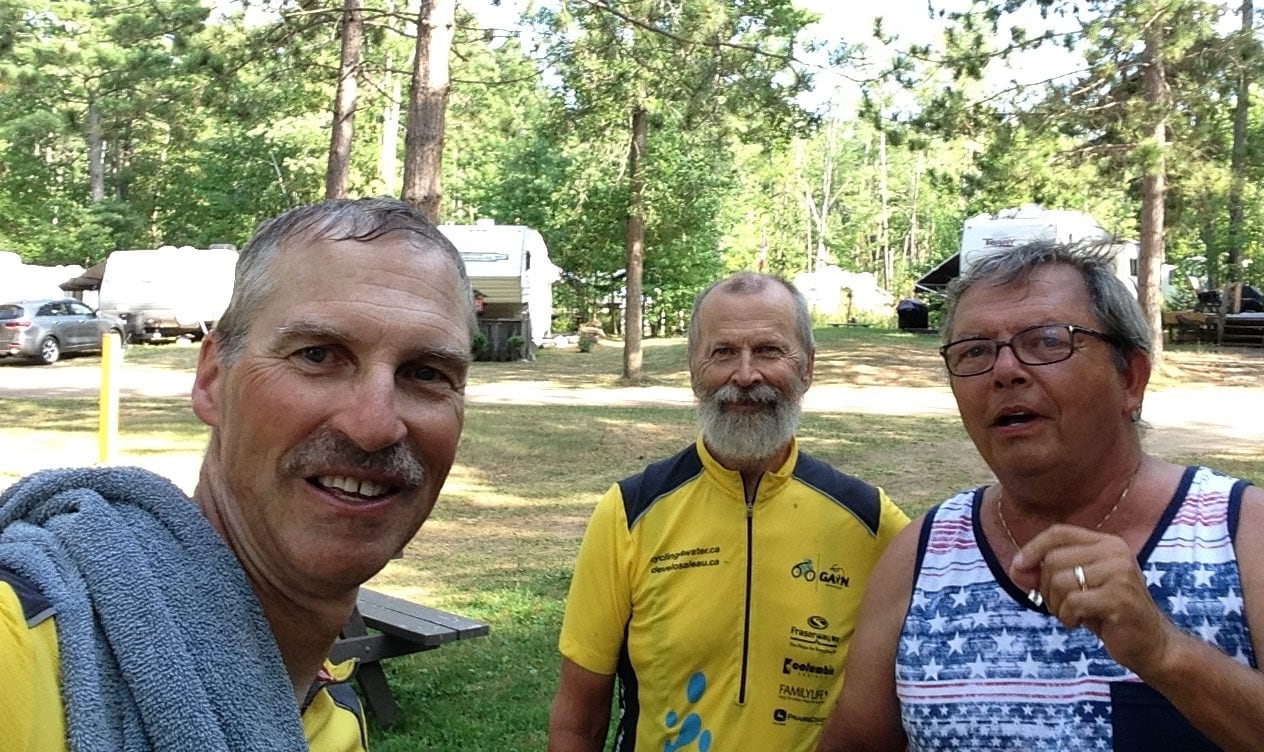 There was again no presentation so there was time for a refreshing swim in the Ottawa River. Tomorrow I will be home but only to continue on to Quebec City for four more days. 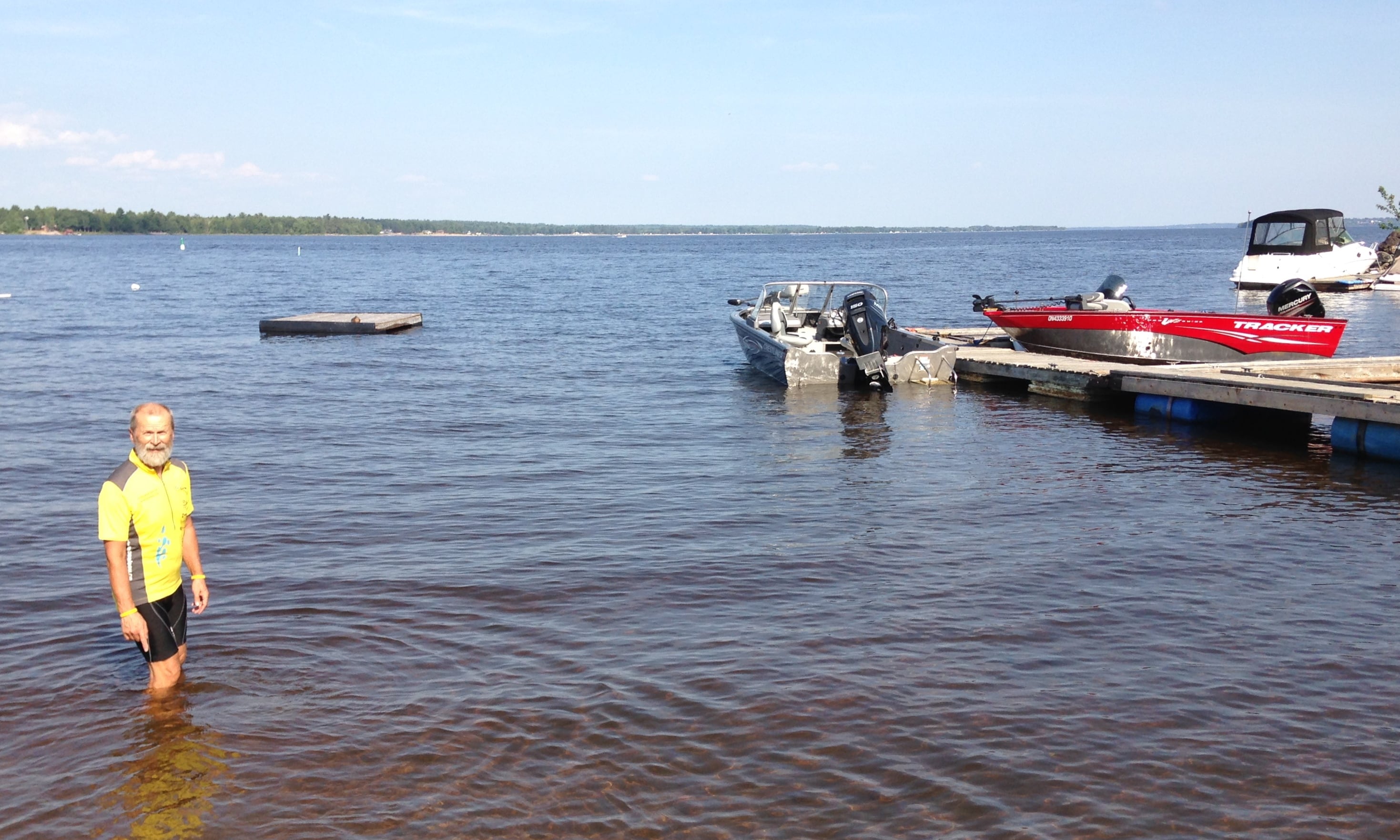