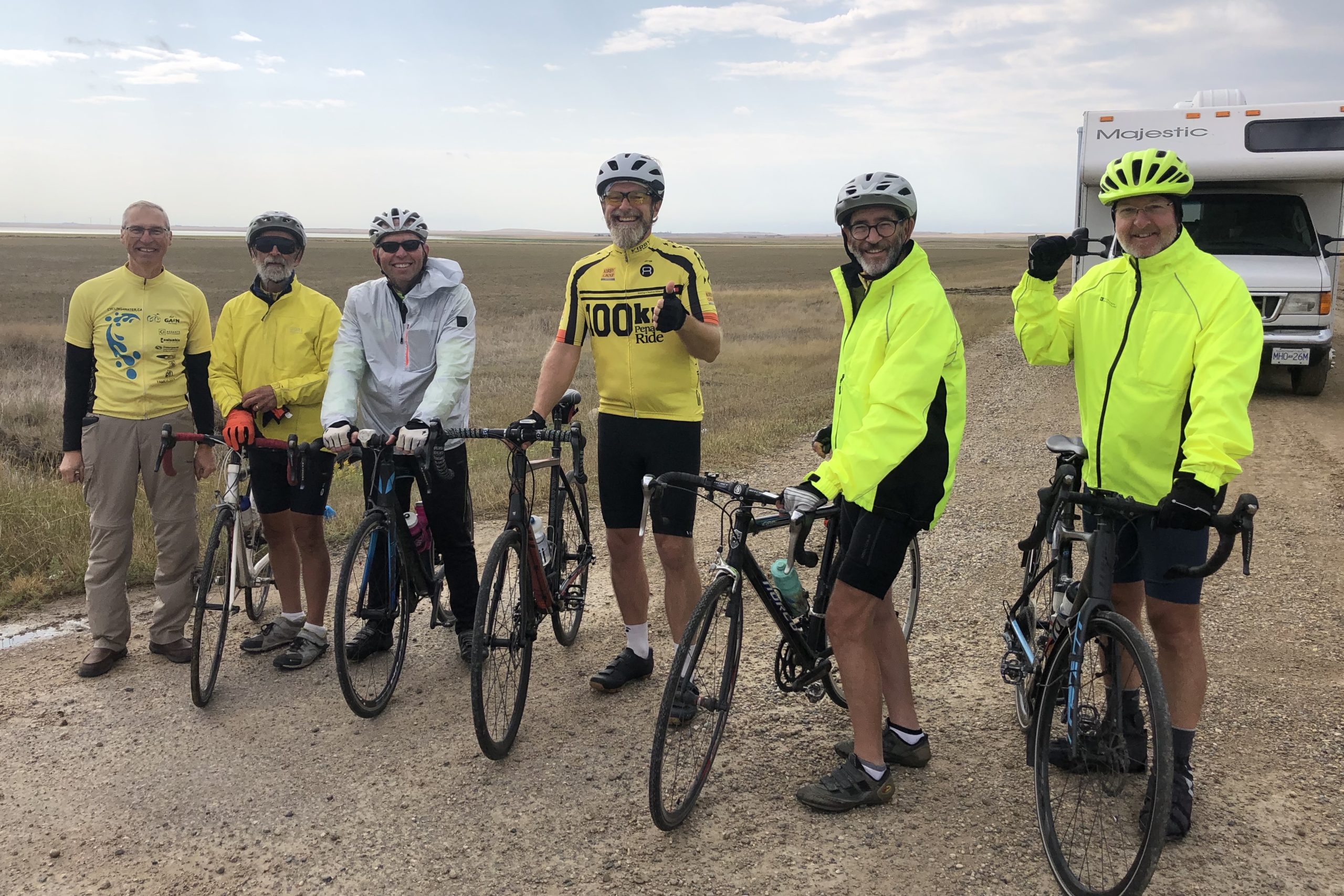 The big surprise of the day was that Timo had a flat tire! He has not had one since 2013, not even one on our 2014 ride. That delayed his start with the team till the support vehicle caught up with us for coffee break. Rob had his ankle examined on Sunday in Swift Current. The diagnosis is tendinitis with recommendation that he take 4-5 day off.  He will help Lyndon with support and logistics for the next few days. Two guest cyclists joined us for part of the day which was very significant because once again we had a head wind! So the extra drafting power was so appreciated.  It was a hard push against the wind all day! Thank you Steve and Curtis!

Along the way the team found a stranded family that had run out of gas. Lyndon and Rob came to the rescue. A quick trip to the gas station got them on their way again.

Just as we were approaching Moose Jaw a huge storm front moved in. There was a tornado alert issued. We load up and headed to our host location. Within minutes we had the craziest hail, rain and wind storm that any of us had experienced!

Once the excitement of the storm passed, we had a great dinner and a dip in the hot tub. Thank you Cameron family for your hospitality.