The plan was that this would be an easy day… Three key words for today: Rain, Wind and Hills… The day started at 5 am so we could be downtown Halifax for a live Global TV interview. Thank you Paul and the Global team… 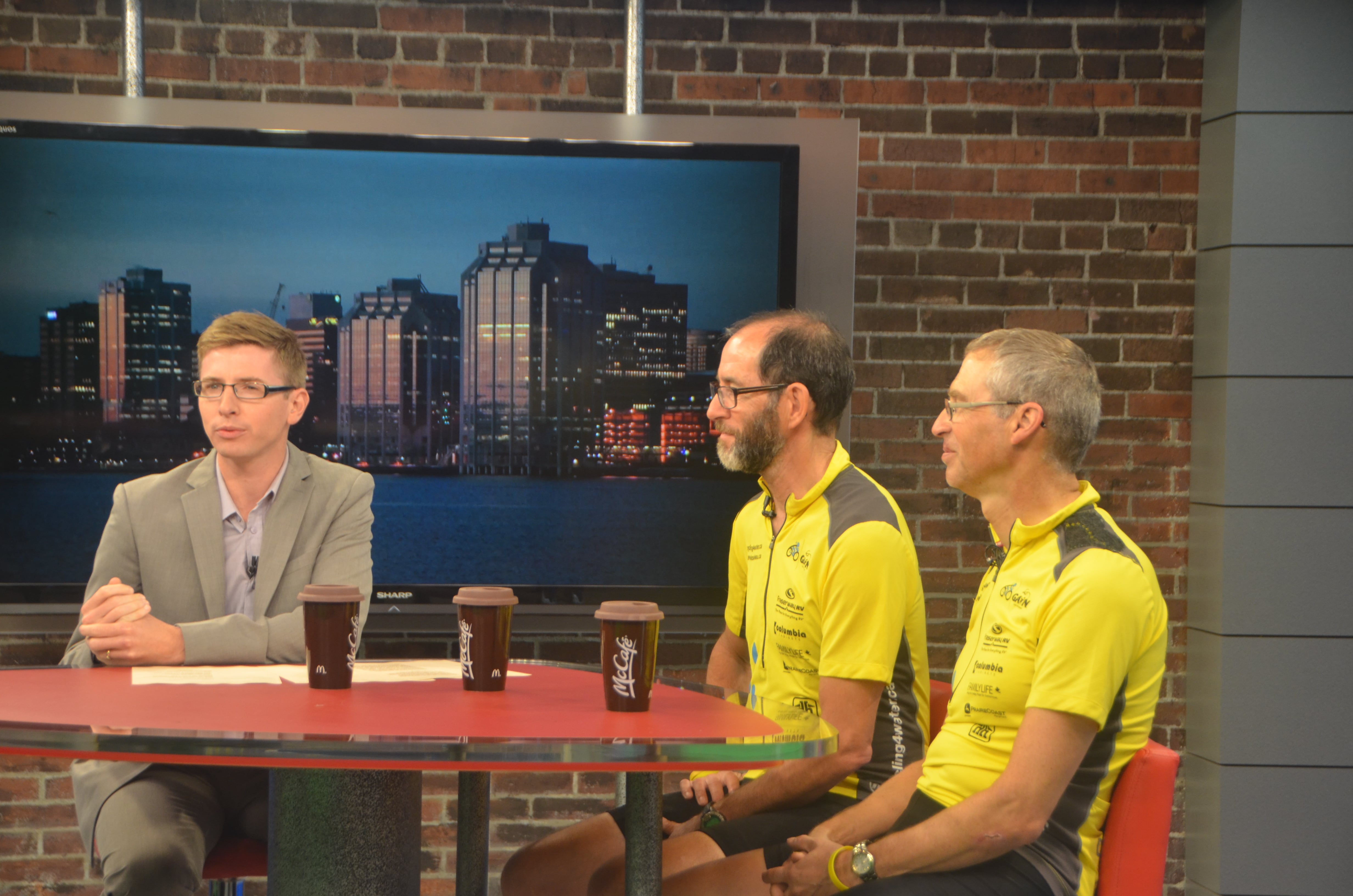 We did not cycle out of Halifax because it would have been back tracking on a route we had already covered so we drove to New Glasgow. When we left Halifax it was raining really hard so we were happy not to be cycling. By the time we reached our starting point for the day the rain had stopped. It started again just after we began cycling but was a light drizzle. We took a “scenic” route through town with a few wrong turns. We finally resorted to asking someone to confirm we were heading in the right direction! 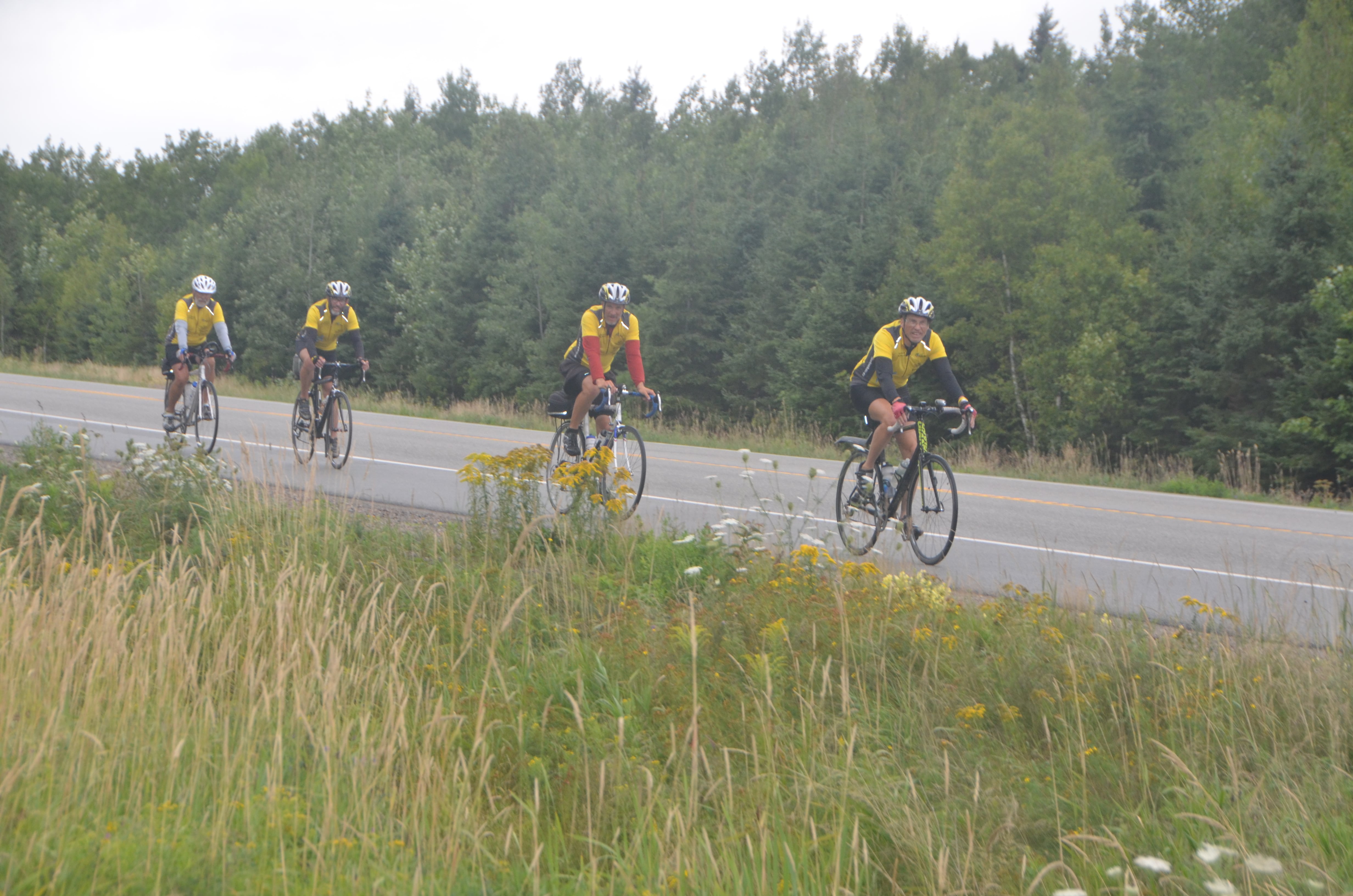 Once we were on the correct road the hills started along with a head wind. The first 50 km was through forest lined roads. Lots of hard woods covered the hills that would be beautiful in the fall. We stopped for a break and we realized we were locked out of the motor home. CAA showed up after a 90 minute wait. That gave some time for exploring…

It took the service guy about 30 seconds to get us back into business. Over lunch the rain returned and stayed with us on and off for the rest of our ride. 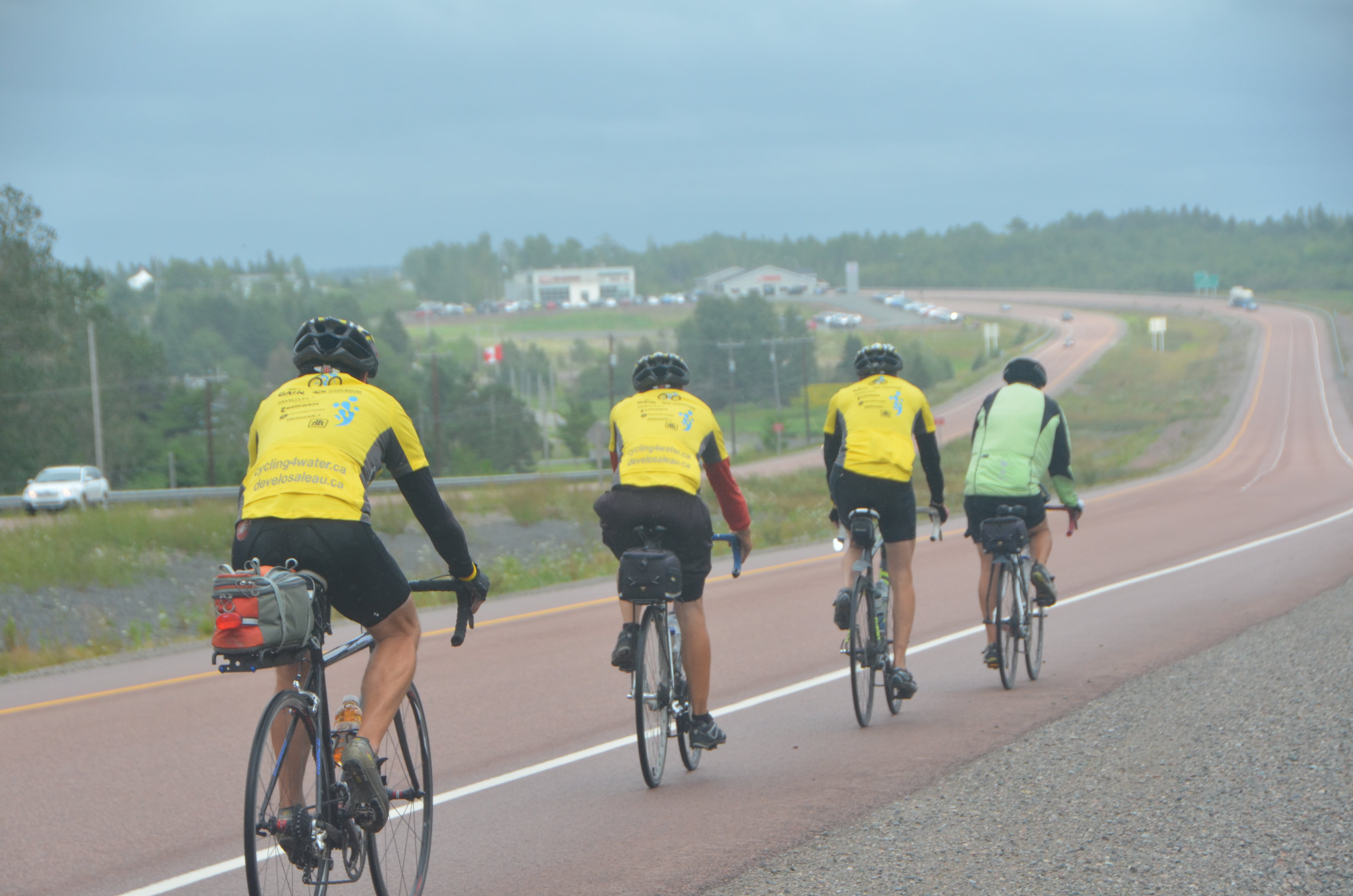 The wind was crazy for the last 50 km of the day. At points it was so strong we had to stand up and peddle to keep forward motion. With the rain, hills and the wind it made the ride a test of endurance. The last time we experience a wind like this was as we were leaving Winnipeg. Also when the road is wet, the back wheel of each bike begins to through off a “rooster tail” of water. You learn quickly to keep your mouth closed and head down to avoid as much of the spray as possible.

Richard’s comment as we pulled in to the camp ground very wet and tired at 6 pm was, “Do not ever tell me it will be a short day because somehow they never are.” 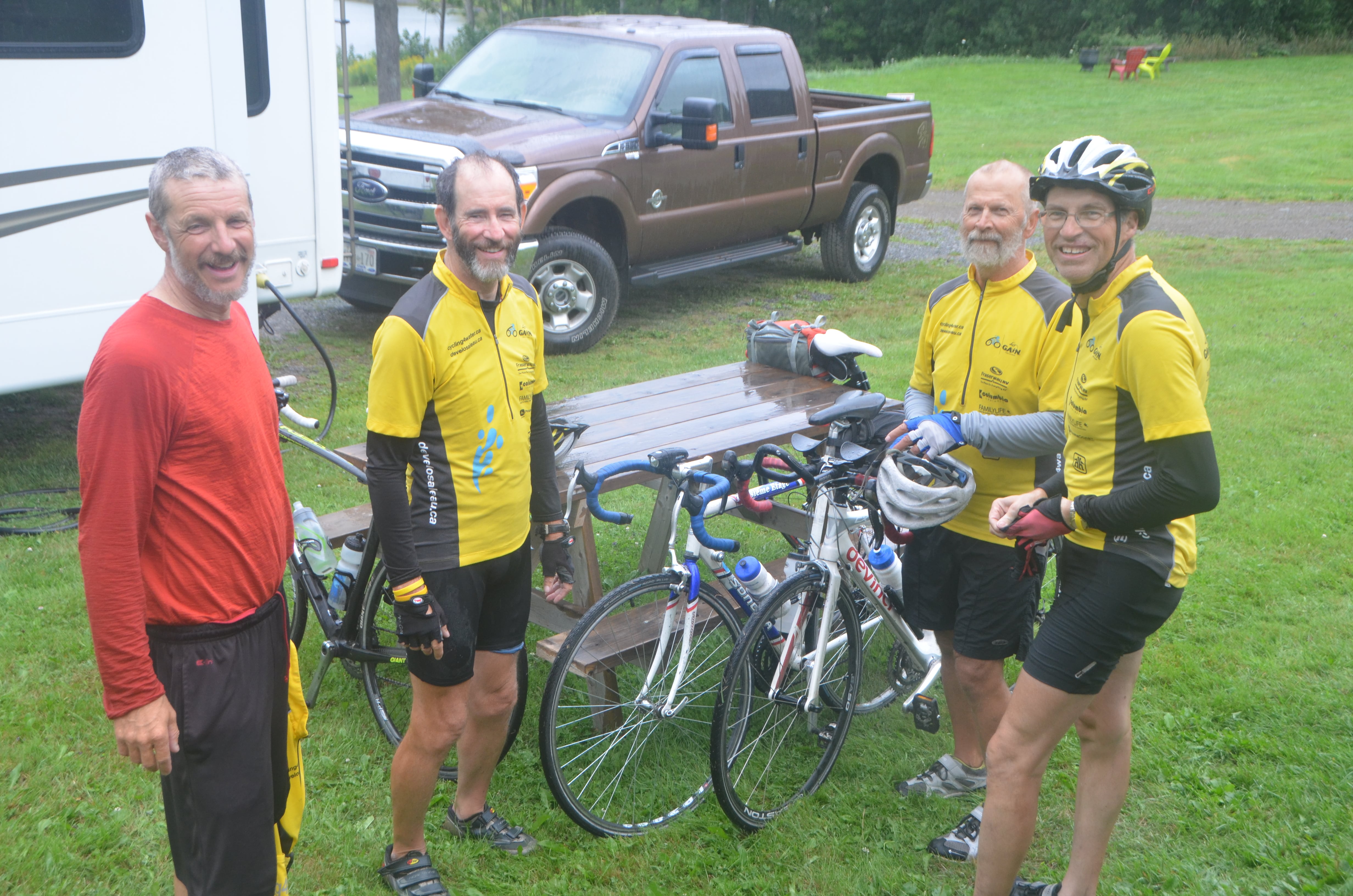 The camp ground host was really taken by our cause. She is going to send a donation and asked for some more brochures to pass along to others! Crazy day from a TV studio to being locked out of the RV to fighting wind, hills and rain. Yes it is an adventure!!