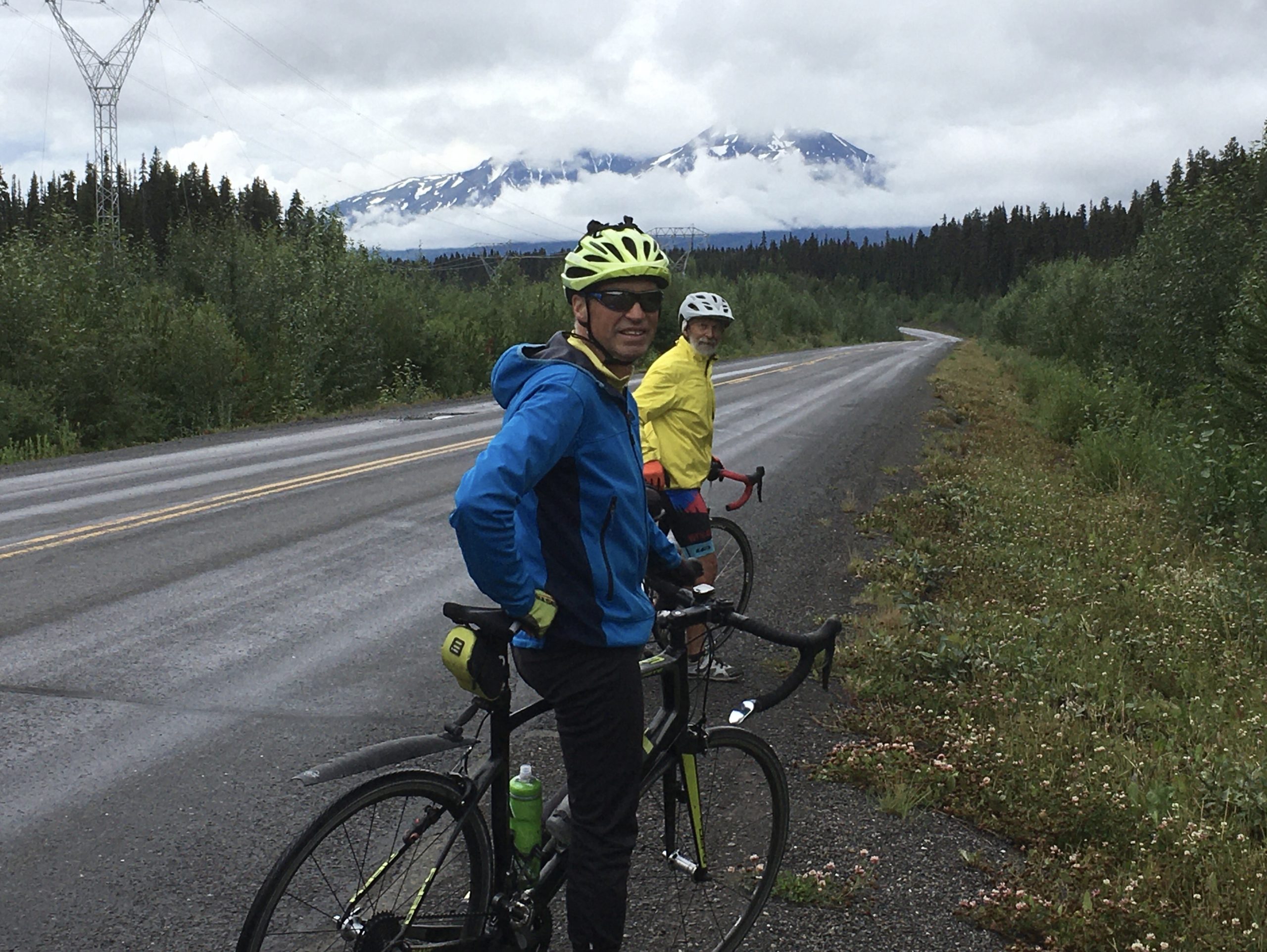 Our overnight camping was at the Red Goat Campground just outside of Iskut. We started the day in the rain and a head wind at 7:30 am. After about 50 km the rain stopped but the head wind continued for most of the day. It seemed that about every hour the weather changed. We did have one nice break of sunshine.

The ride had lots of rolling hills, nothing the size of the hills yesterday.  We rode alongside the Coastal Mountain range for most of the day with some amazing views.

At about the 70 km mark, Mike was coming up a hill riding too close to the edge and dropped of the pavement. This resulted in the first crash of the trip. He continued to cycle but at the 130 km stopped because of the discomfort. Rob and Timo continued to ride.

Mike continued to have some unusual symptoms so we took a bit of a detour to the hospital in Stewart, BC to have him checked out. After a thorough exam, the doctor said all the tests looked good. The x-ray showed a minor hair line fracture in his pelvis. The doctor suggested a day off. We are making some changes in our schedule to accommodate this detour.  Our overnight stay was in the Stewart Health Centre parking lot.