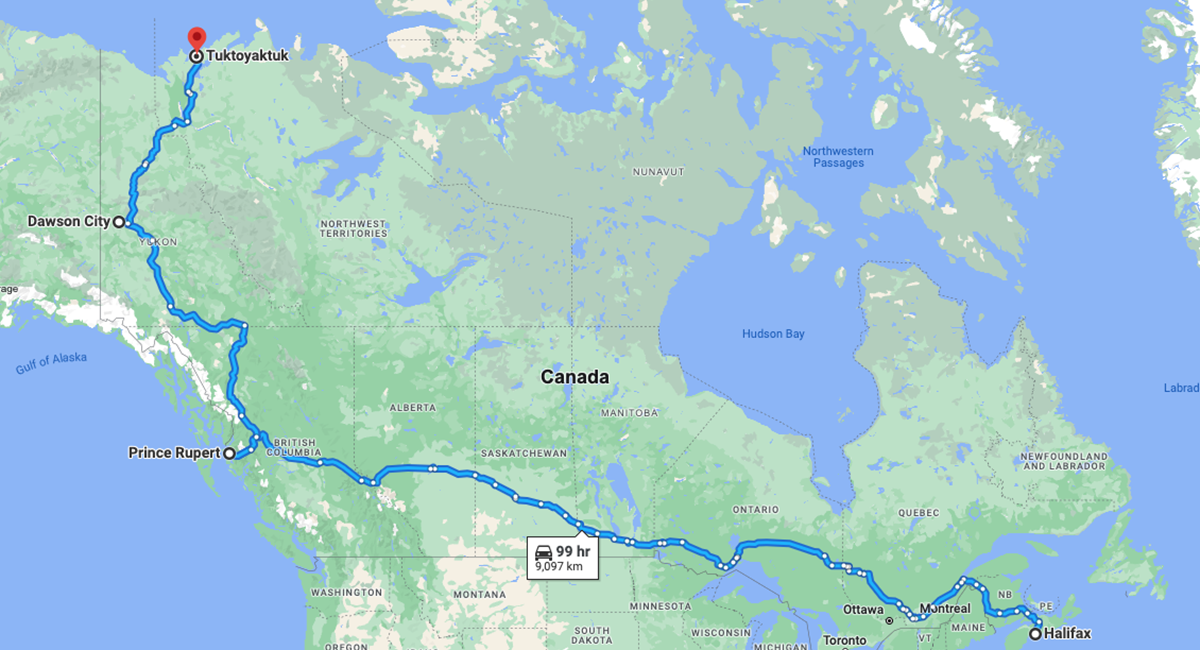 C4W Finish the Task – Sea to Sea to Sea: One year ago, on July 19th, our Cycling 4 Water team of four set out on the Sea to Sea to Sea charity ride for water wells in partnership with Global Aid Network.

First, what an amazing experience! Someone on the team described this 63-day journey as the story of 1000 little miracles! Definitely a one day at a time journey. Some days were so physically difficult, others were “sun in your face and wind at your back” days. Each day had wonderful people moments!

Our goal was to raise awareness and funds for 65 wells that would reach villages in Africa through Global Aid Network. Awareness was raised through social media, newspapers, radio and TV interviews. In person events were better than expected as people were stepping out of tight Covid restrictions. We had a total of 65 wells raised or pledged by the end of our 8600 KM ride. Two of the pledged wells have not materialized so we are standing at a total of 63! Over half million raised.

Our goal is to continue to raise awareness and to add another 7 wells to our total, that would bring our total for this epic journey to 70 wells! The thought that people in 70 villages will have their lives transformed through having access to clean water and the opportunity to hear about Living Water is so energizing. That thought will encourage us over all that gravel to the Arctic Ocean.