Today’s cycling was the opposite of Day 8. We started with a fairly strong tail wind which pushed us along sometimes over 40km/hr on the flats. Later in the day we would hit more hills and occasional head winds. 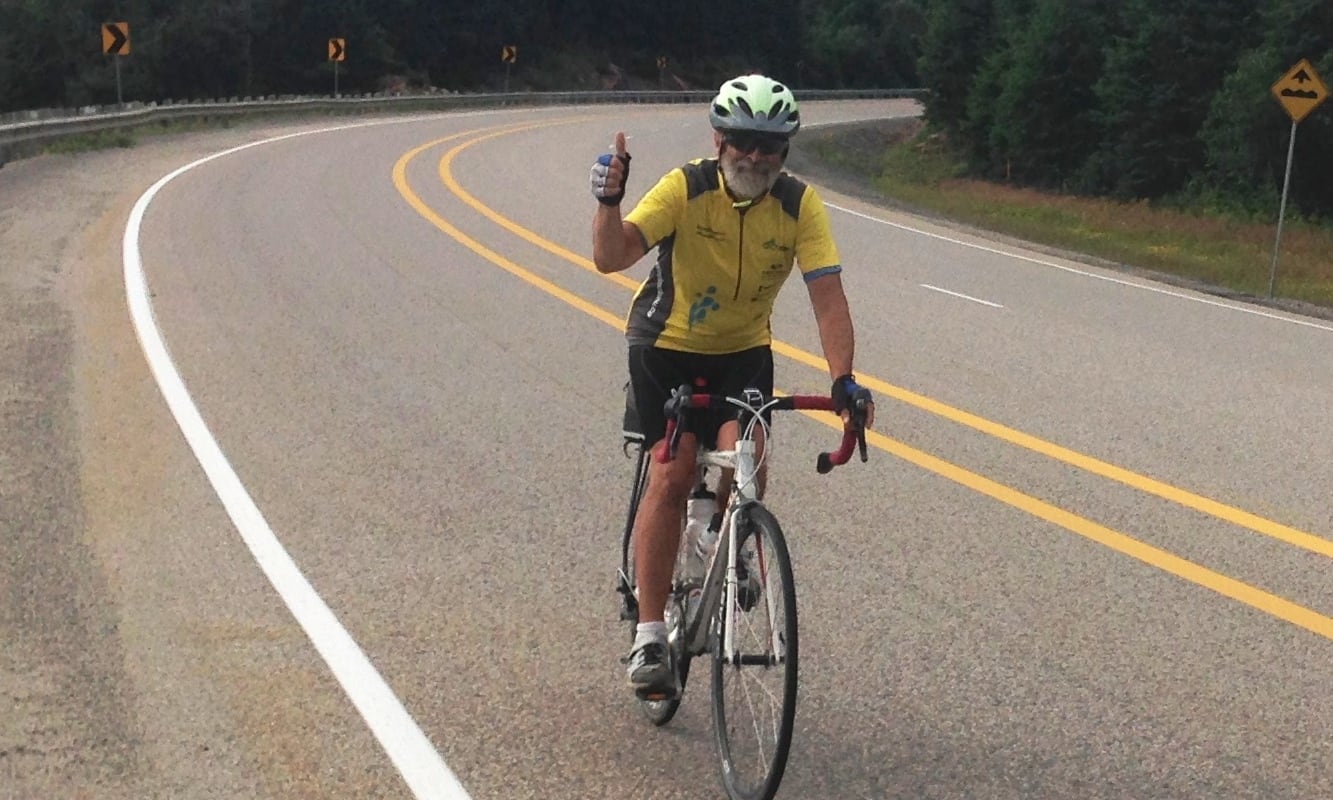 We stopped in White River which is touted as the beginning of the story of Winnie the Pooh. A Canadian soldier caught a bear, shipped it to England, where it was sold to a zoo and named Winnie after the city if origin of the Canadian soldier, The British author, A. A.  Milne, wrote the children’s stories for his son, who named his stuffed bear after the bear in the zoo. 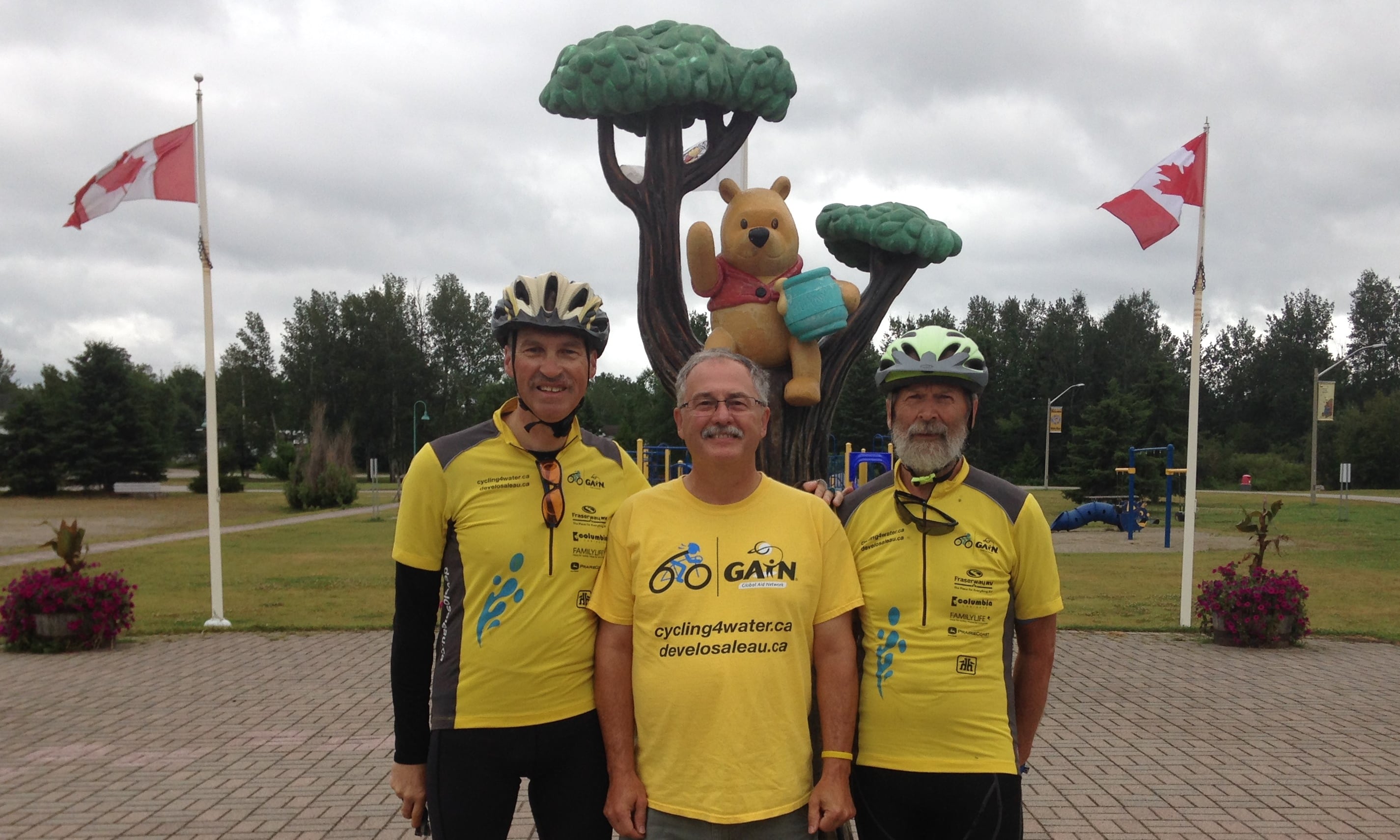 It was here I also briefly laid down on the job. 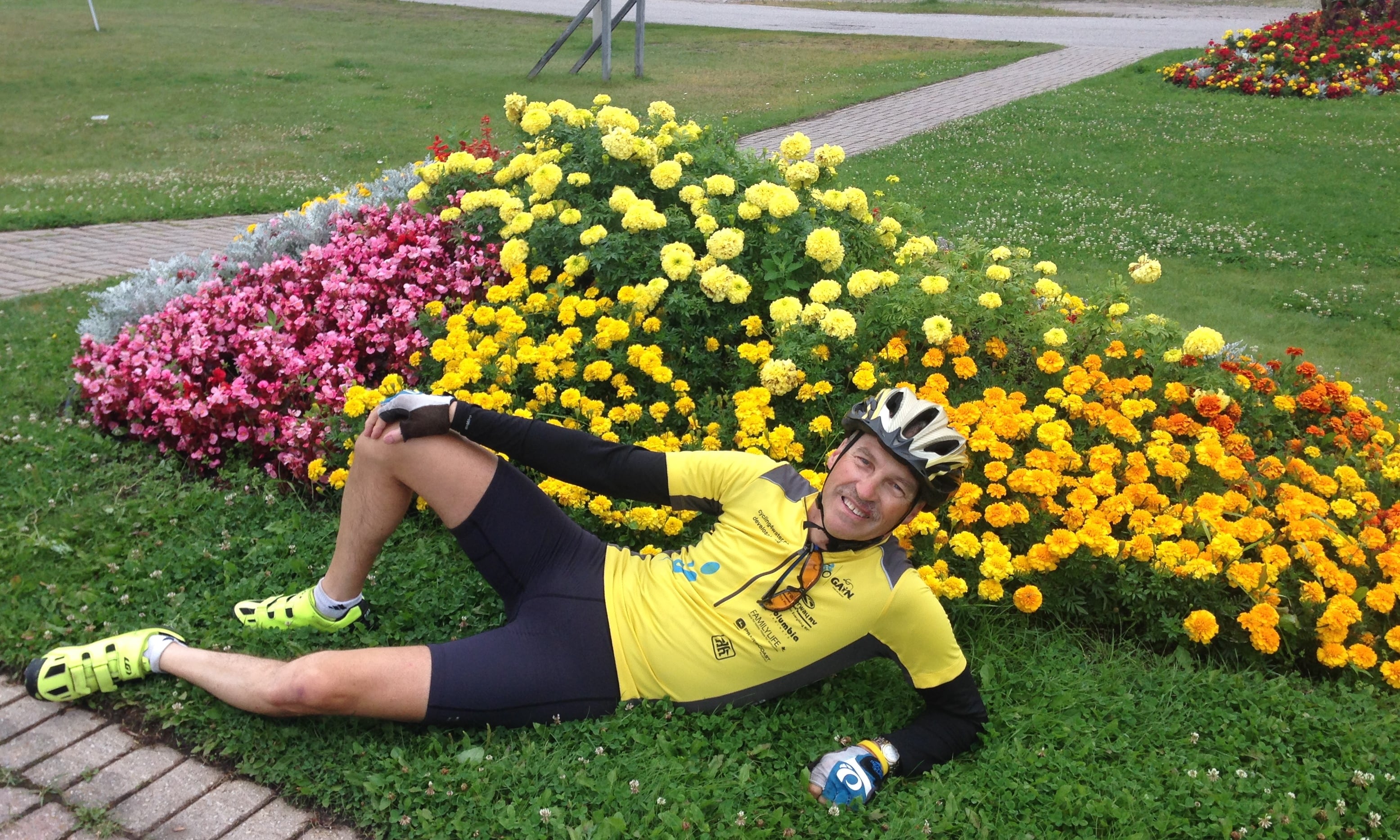 As usual it is the people who make the trip so interesting.  There was Wayne who owns and runs the Halfway Lodge, halfway between White River and Wawa that is. Then there was the German couple cycling Canada from east to west – they are braver that we are, including tenting all the way. Here we are with Kay and Petra. 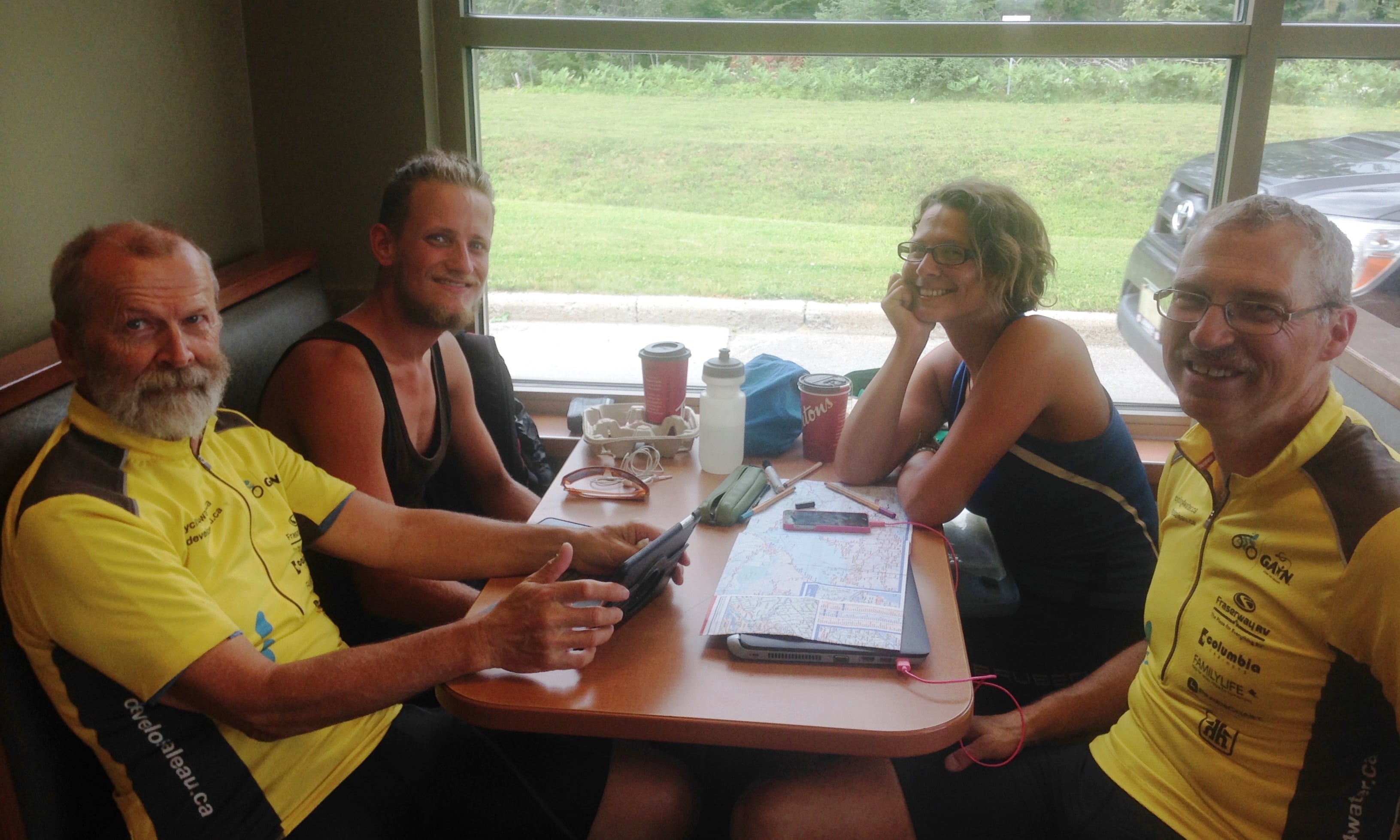 We off course couldn’t leave without a photo in front of the goose. 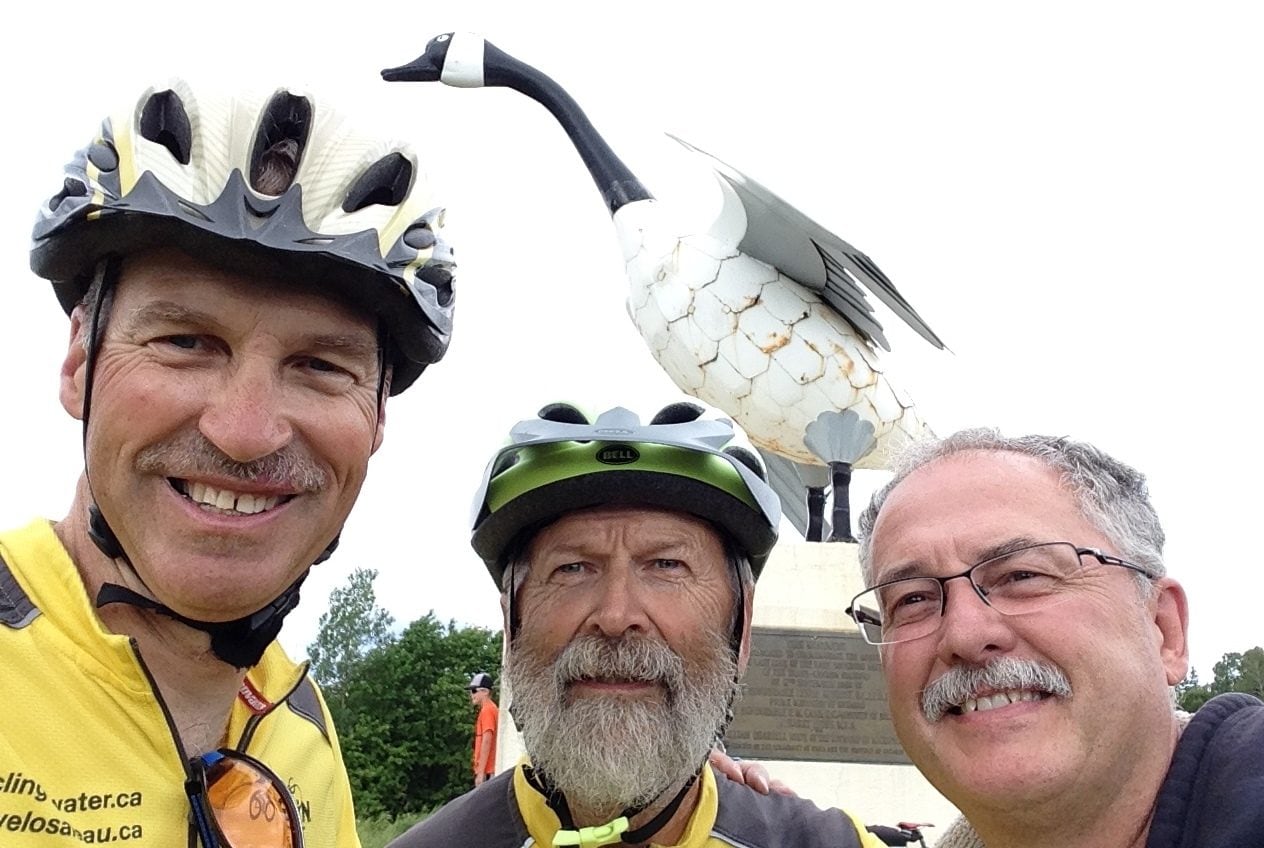 Just before the very end there was a 2 km climb up the hill from  Old Woman Bay. You can’t really tell the steepness of the climb from this photo but I was able to maintain 15 km/hr up the hill. 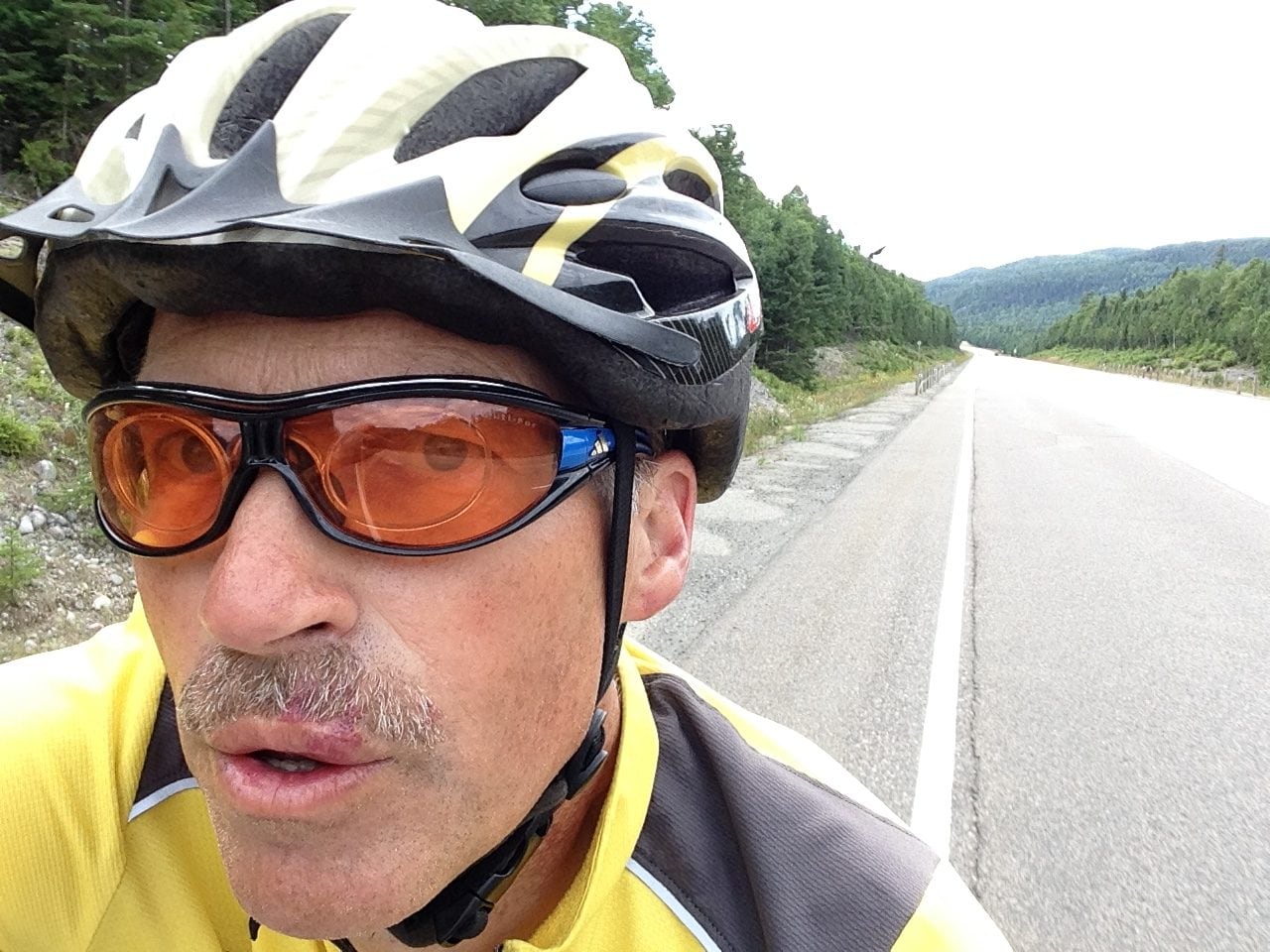 The day finished off again without any speaking engagement relaxing in front of the campfire. 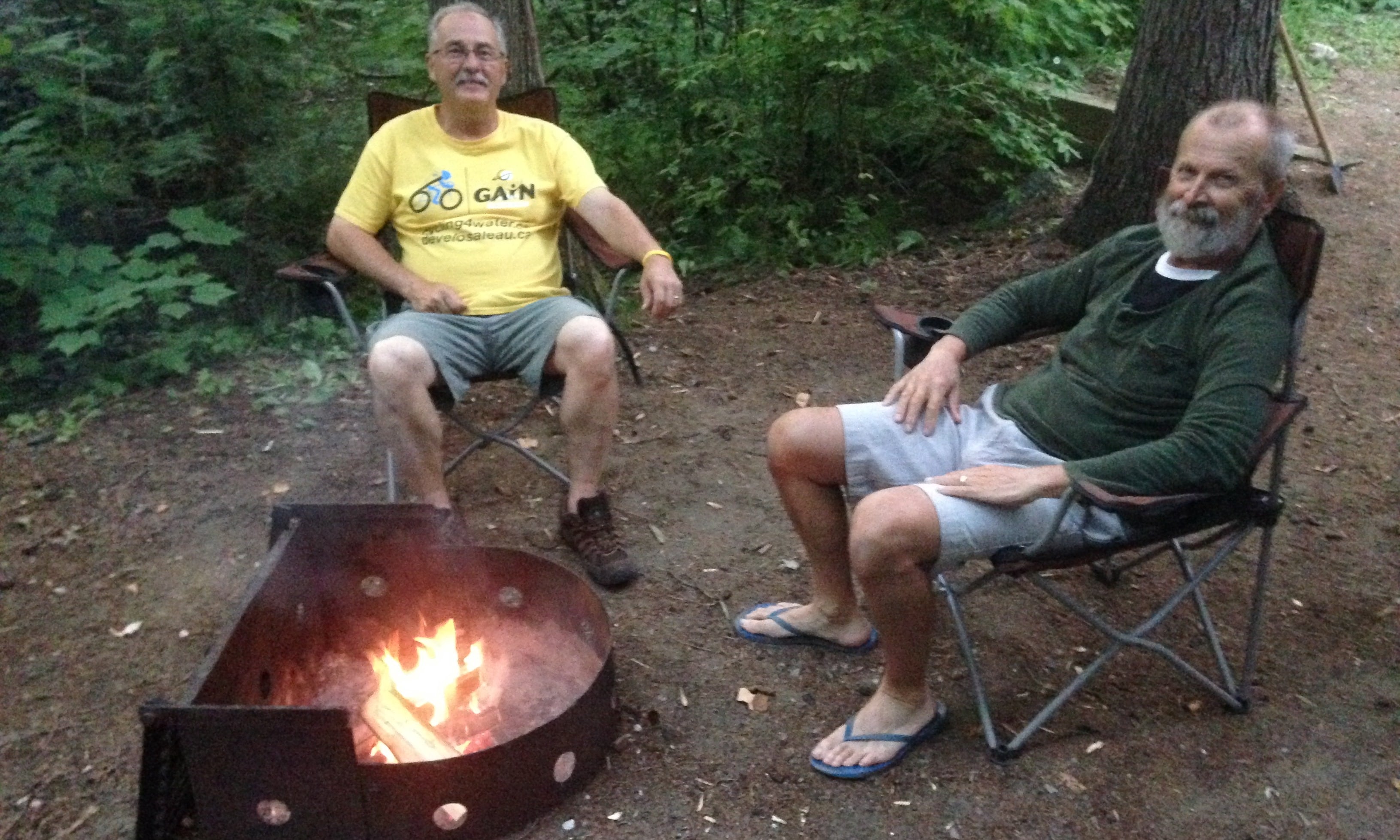