Rob started running while in high school and enjoyed the sport until he developed a chronic hip injury in his early forties. He took up cycling as a fitness alternative. His passion for cycling is confirmed by the fact that he has now cycled over 200,000 km.

Why is this important to Rob? In 1981 he travelled to Zaire (now the Democratic Republic of the Congo) and spent 5 weeks in Goma working with churches. While there, he had a chance to live in a rural village. Seeing the women and children go off to fetch water early each morning so that they would be able to provide for their families made a lasting impression on him. This experience helped him appreciate how fortunate we really are to have ready access to clean, safe water.

Rob is gripped with the fact that close to 1 billion people do not have this privilege! The need is overwhelming! But the thought that this ride could help bring awareness and raising funds for wells that will provide a source of water in 65 rural African communities motivates him.

Rob is no longer taking a salary but still works as a volunteer with the Christian Embassy in Ottawa, a Christian non-profit organization that he served with for more than 20 years.

Sometimes with his wife Marjatta, and sometimes with other riders, he has packed some gear, and done multi-day rides. One summer, Marjatta and Timo spent a most memorable four weeks cycling in Finland. For the last dozen years or so, he has also participated in the B.C. Lung Association’s Bicycle Trek, and also recently with the Ride for Refuge.

This journey across Canada is a way to celebrate 67 years of life and give a gift to those in profound need. Mike will never forget the first time he walked through a slum in Mexico. He wept over what he saw. This ride is a way to do more than weep for those in need.

Edmonton was their home for 11 years. Their son and three daughters were born in rapid succession. Home base moved to Ottawa and then to their current home in Abbotsford, British Columbia. Since then, two grandsons and a grand daughter have been added to the family. His work has given him the opportunity to visit 40 countries. Mike currently serve with FamilyLife Canada. 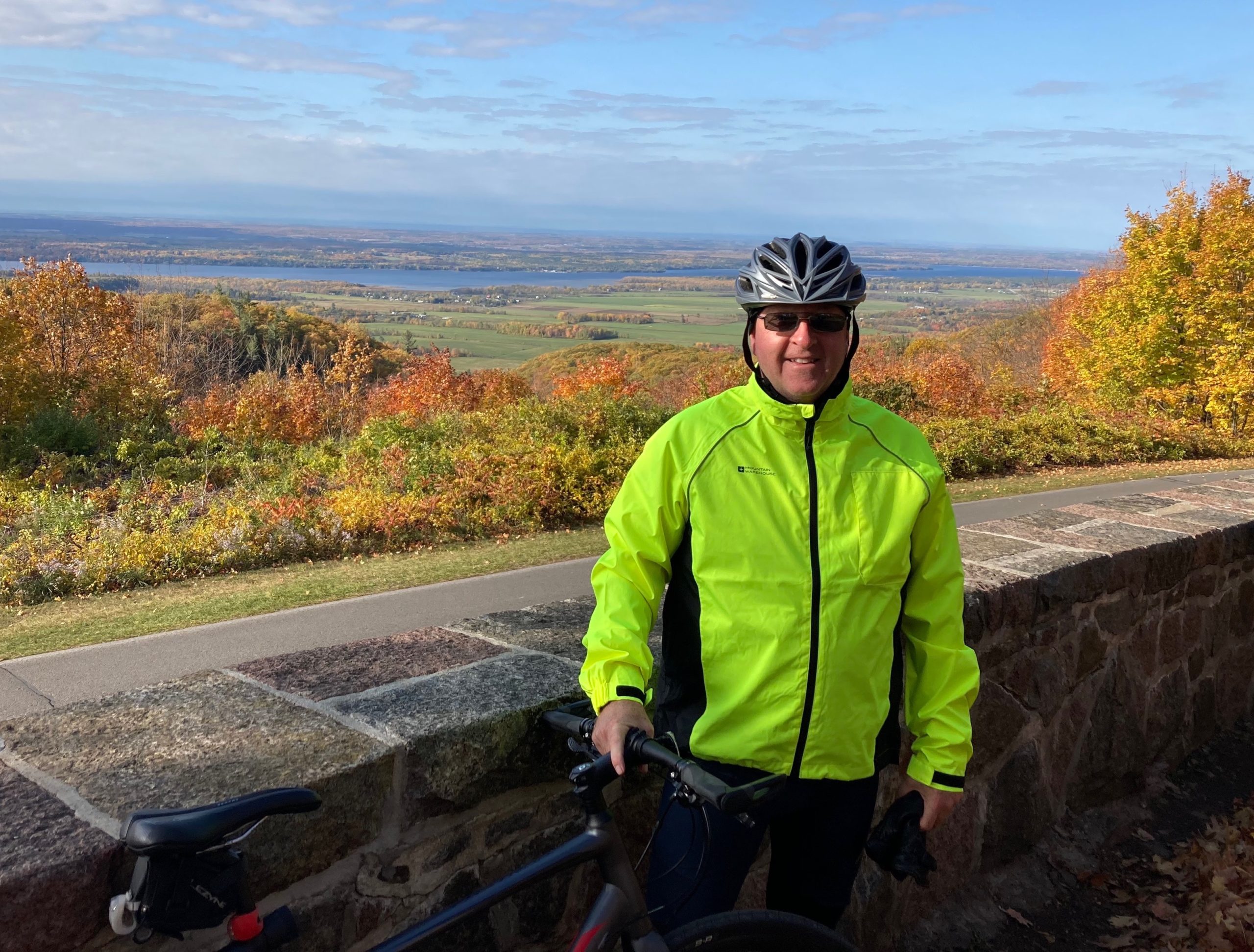 Gabe is the newest member of the team. He took up cycling for fitness several years ago and enjoys how it always reminds him of happy boyhood days cycling around Ottawa, where he lives today. Gabe has now logged over 12,000 kms and can regularly be seen cycling around the east end of Ottawa. He enjoys riding along the Ottawa River and in the rural areas and, occasionally, meets his friend Rob Montgomery across the river to venture into the Gatineau hills.

Gabe works with Power to Change – Students and has traveled to many different countries and met people with a variety of needs. He and his family lived in North Africa for twelve years. He is excited how through Cycling 4 Water, he can combine his enthusiasm for cycling with helping a great cause: providing clean water for villages in need.

Gabe met his wife Linda while they were students at Carleton University. They have six children. Thanks to their oldest son and daughter-in-law, they are now thrilled to be grandparents! This cycling trek will be the longest he has ever been separated from his family. His motivation to make this commitment springs from his concern for other families who suffer simply because they do not have access to safe water.

Lyndon joins the team as the official “roadie” for Cycling 4 Water 2021.  He will be making sure the RV stays between the yellow and white lines.  He will also be handling all of the arrangements and logistics during the trip.  Along with loving the C4W concept and looking forward to the trip, he is also the new Church Partnership Director with GAiN and looks forward to meeting people in every community along this epic journey.

Lyndon loves adventure. Whether it’s river rafting on the Kicking Horse River near Golden, BC,  skydiving with his sons in Vernon, BC, deep sea fishing off Ucluelet, BC, or jumping off cliffs wherever he can (into water of course), there are not too many things he will not try (at least once).  Lyndon loves camping, hiking and skiing with his wife, Suzanne, in the mountains near their home in West Kelowna, BC.

But the thing that really gets Lyndon’s blood pumping is seeing people reach across the street and around the world with the good news of God’s love.  In every country he has visited, whether it was Mexico, Haiti, Romania, Lebanon, Zambia or Cameroon, two things were evident:  People needed the water FOR life and the water OF life.  That’s why Cycling 4 Water strikes a chord with Lyndon.  The dream of seeing more people in the developing world have access to clean water and have the opportunity to hear about God’s love that brings living water to their lives is Lyndon’s WHY. Coming from 30 years of pastoral ministry, he has a passion to see Canadian churches engage with making a difference to people around the globe who have never heard the good news of God’s love.

According to GAiN’s research, it is often women and children in developing countries who will walk an average of 5 km a day to collect water from substandard water sources, because they do not have access to water near their homes.  They often encounter various hazards both natural and human along the way.  In his “spare time,” Lyndon will be “Traunking” (Trail hiking/running) at least 5 km each day of the trip to raise awareness of the dangerous predicament women and children endure to provide water for their families, and to raise funds for another well.