The Spark Burts Into Flame!

“Mike is doing triathlons.”  These brief words were spoken to me in April 2012 by a visitor from British Colombia. I’d known Mike for 33 years. We had worked together in Edmonton (’78 to ’80) and later in Ottawa (’89 to ’93). My thoughts ran quickly: “Mike’s competing in triathlons! That means he’s cycling! He’s a marathoner. He has capacity. He’s energetic. He’s adventuresome. Could I interest him?”

July 2012: “I’d like to talk to you, Mike.” Since Mike works in marriage ministry he later told me he thought, “Oh, oh, Rob’s marriage is in trouble!” He had no idea what was coming. 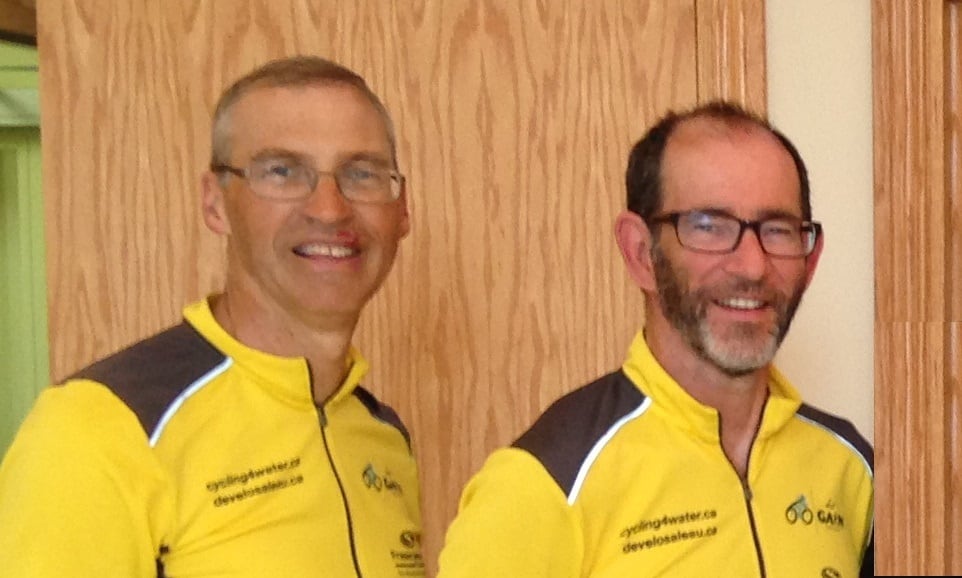 I thought, “Oh, oh, he’s not really doing that much cycling!” Undaunted, I forged ahead. “In 2014 I’d like to cycle across Canada to celebrate my 60th birthday. Would you join me?”

I’ll never forget his next words. “I can’t give you an answer right now.  But if we do this, we need to do it for a cause.” I honestly hadn’t thought about that, but in that same instant I knew he was right and I agreed.

Three months later Mike said, “I’ll do it!” The spark, that had smoldered for years, burst into flames. Three months later we settled on the cause, GAiN’s  “Water for Life Initiative.” Cycling4 water was born.

Next: The flame that died and was reborn