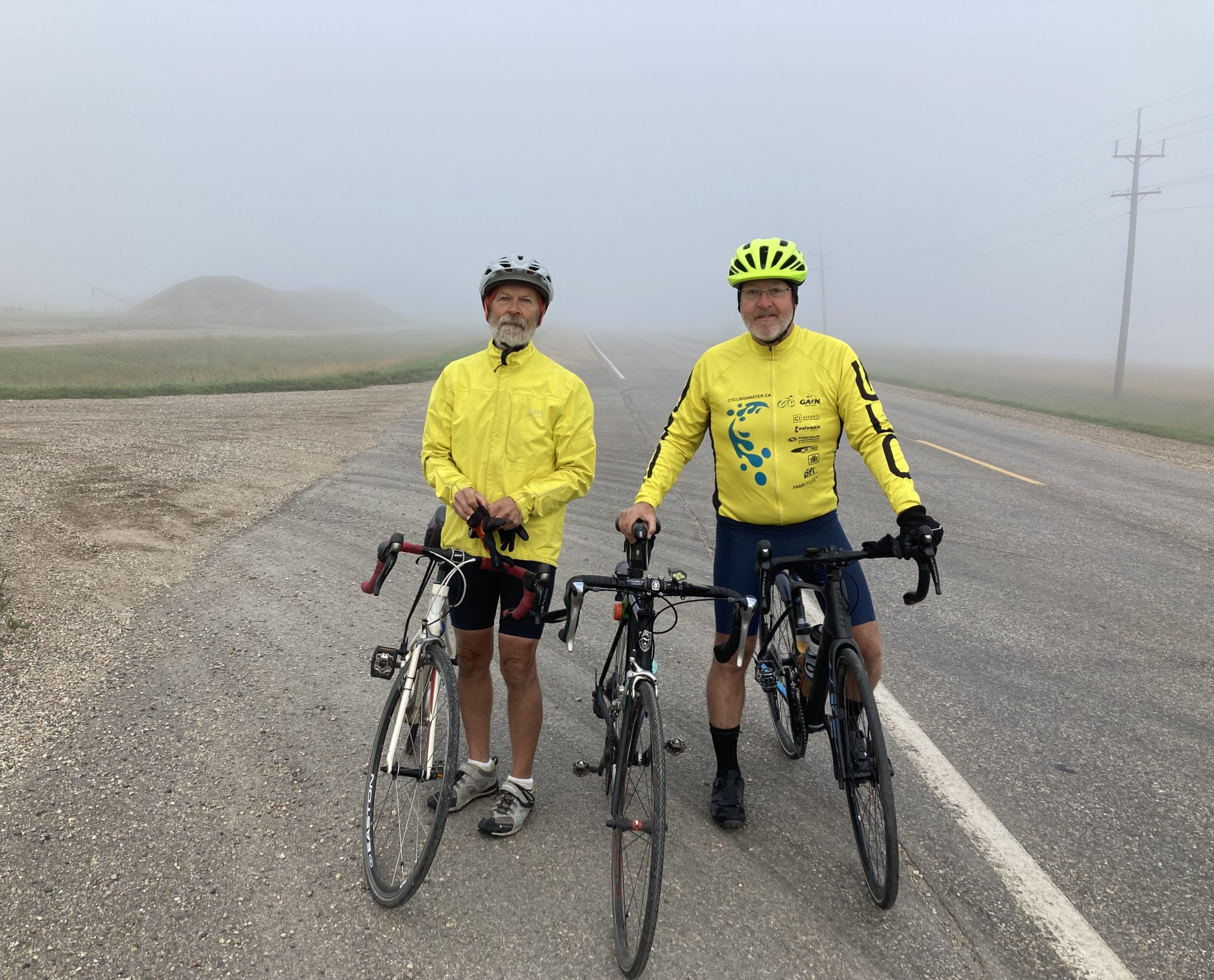 Fog, Smoke, Rain and Wind… We can add fog to the list of challenges we have faced.  This morning at 7:30 the fog was thick! We were very thankful that it lifted fairly quickly because the road had no shoulders. Traffic was light and the motorists were very considerate.

When the fog lifted, we were greeted by a haze of smoke from fires in central Manitoba and Ontario. A nice distraction was when we passed through Holland, not a wrong turn but a village sporting a windmill and an old time granary.

Our ride toward Winkler took us to south central Manitoba fairly close to the US border. To our surprise, the landscape was rolling hills in some sections, a nice change from the flats. By the time we stopped for our lunch break the rain moved in! At the start of the day the temperature was 8 degrees by lunch the temperature was only 13.

In all of this, the wind continued to be contrary.  After 7 hours of cycling in these conditions, the cold and wet won out. We loaded up after 130 km and headed to Winkler for the night. A difficult day!